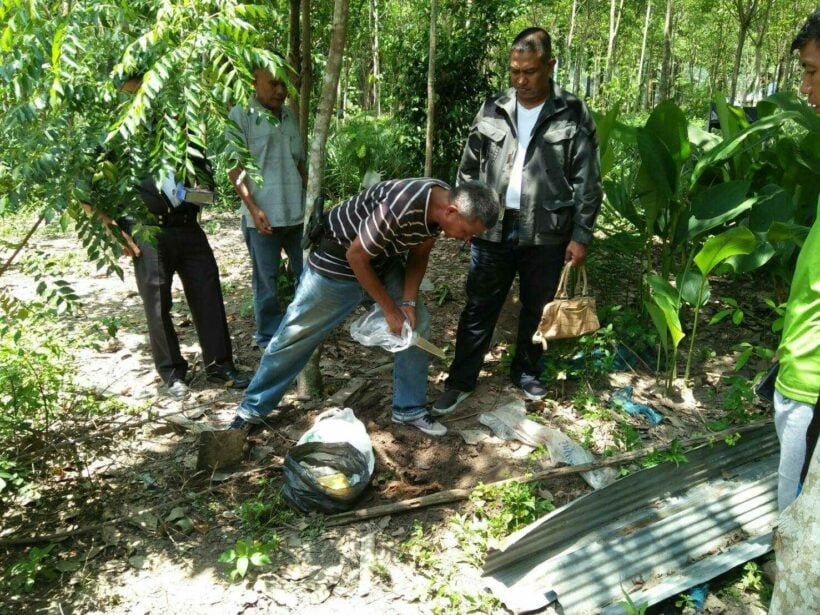 On Saturday (May 12) Krabi Police arrested a woman, 43 year old Surat ‘Rat’ Sansatan. Police seized 10,700 methamphetamine pills (ya bah). She was charged with possession of Category 1 drug with intent to sell.

The arrest follows police receiving a tip-off that a big drug deal was going down at a house in Klongtom, Krabi.  Police headed to the house to continue their investigation and found Surat, while her husband had left the house before police arrived.

After a search Police found no drugs inside the house.

Police found that soil around the house had been disturbed and a shovel near the house. Police dug the ground and found the methamphetamine pills inside a bag.

An arrest warrant has been issued for Surat’s husband.