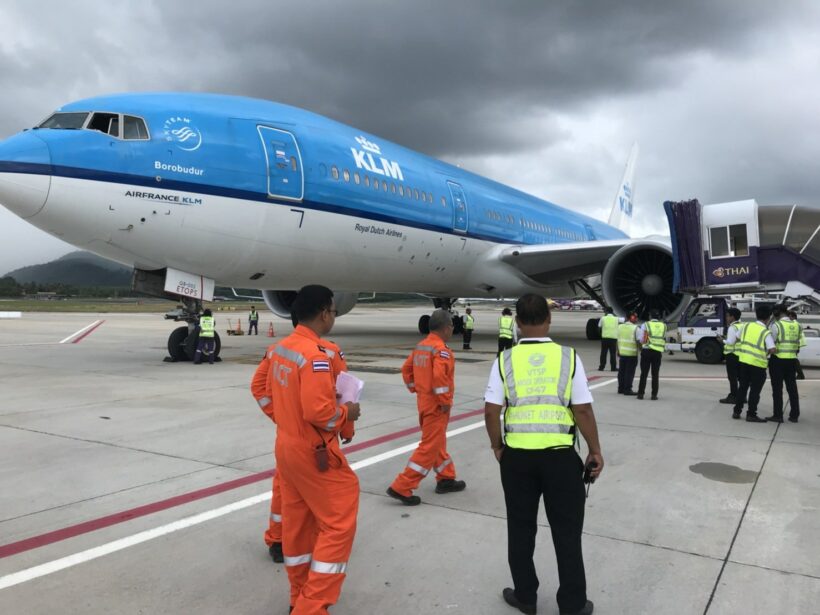 At 12:20pm Wednesday staff members at the Air Traffic Control department of the Phuket International Airport were notified that a KLM Boeing 777-200, Flight KL 809 from Amsterdam to Kuala Lumpur, had to make a precautionary landing in Phuket, after smoke started filling the cabin when a passenger’s mobile phone ‘overheated’.

General Manager Petch Chancharoen said, “There were a total 214 passengers on the plane. After the plane made a precautionary landing, we sent airport security staff to the plane. There was some smoke remaining in the cabin and burn marks on the mobile phone that caused the smoke. The mobile phone was unable to be used and whatever caused the over-heating and smoke had destroyed the use of the phone.

“No injuries were reported in the incident. The landing caused the flight to be delayed so that fuel could be topped up and the flight crew could take a break, according to the airline’s rules. All passengers stayed at a hotel but the flight departed around lunchtime yesterday (Thursday) and has arrived safely in KL.”