The collapse of an ancient pagoda under restoration at Wat Kud Wa in Kalasin’s Kuchinarai district yesterday morning, resulting in the death of one worker and four others being injured, stemmed from three main causes.

Kalasin’s public works and city planning officer, Weerachai Kaewhawong, cites three factors: construction work had strayed from the original plan; there had been changes to the construction materials used in order to save costs; and there was a lack of supervision by engineers to ensure structural stability.

Referring to his initial inspection of the pagoda and surrounding building, Weerachai said the site had been modified periodically since 2014 and the pillars supporting the building roof were too small to support the resulting weight.

Commenting that the initial investigation had also found that the construction work undertaken was not carried out in accordance with the original restoration plan made by an architect, and had not been supervised by an engineer, he declared that officials would undertake a further inspection of the construction materials used – especially in regard to the reinforced-metal framework and the cement mixture.

Police, meanwhile, have also established that Wan and his fellow workers were working on the pagoda’s pavilion during a morning downpour when the building collapsed on them. 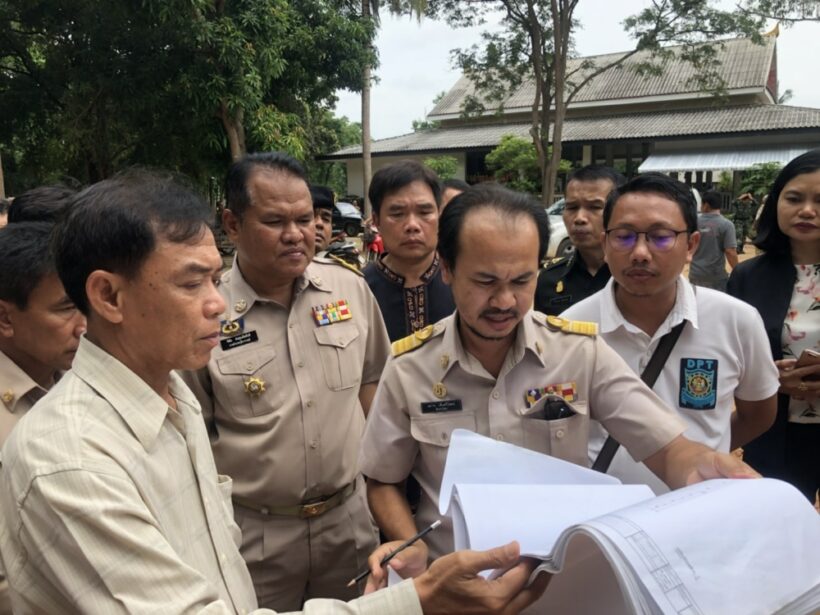