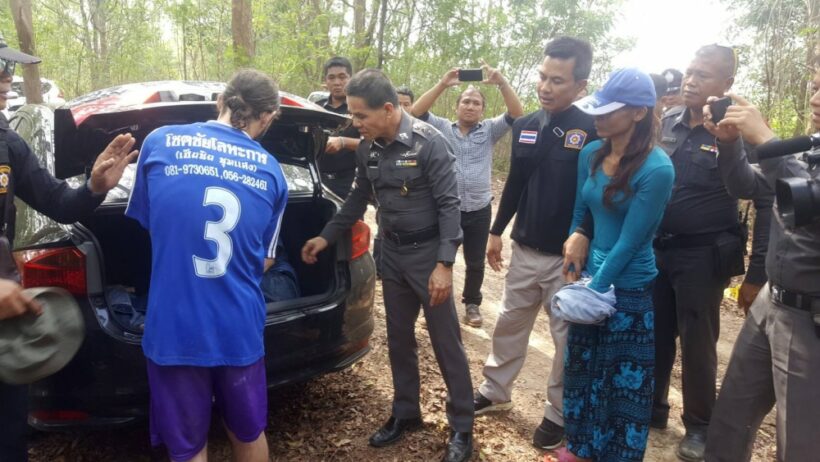 The much publicised murder of an Italian man, in which his Thai ex-wife and her French boyfriend have been implicated, apparently has been solved after police said the Frenchman had confessed to the killing. 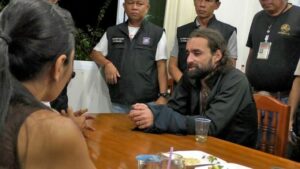 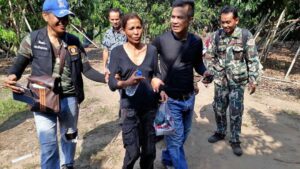 Before the murder of the Italian, Amaury, Rujira and de Stefani reportedly travelled to a forest in Bueng Nara district by car. Police said the three had been travelling together to an unspecified destination when they stopped at a wooded area after a discussion about the issue escalated into a fight. The men got out the car and de Stefani reportedly hit Amaury, who then then allegedly took a knife from the car and stabbed de Stefani in the neck.

Police said Rujira helped her boyfriend move the body into the boot of the car. They then drove the car to another location, stopping along the way to buy petrol from a roadside vendor, and then tried to burn the body and de Stefani’s belongings at an area about 10 kilometres away from where the murder had been committed.

The suspects then stayed at a hotel in Pho Prathap Chang district, planning to return to the area with more petrol and tyres to finish burning the body the following morning. However, the remains of the corpse were found by villagers in the area, so Amaury and Rujira abandoned their plan, cleaned de Stafani’s blood from the car and fled the area.

Chaisathien said yesterday the suspects had been taken to perform a re-enactment of the killing and would be charged with premeditated murder and concealing a body. 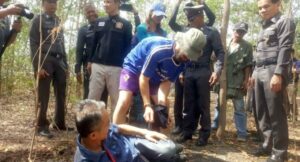 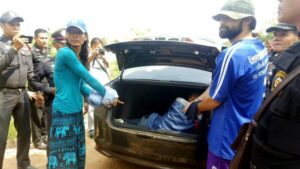 Police arrested Amaury on Sunday night and then captured Rujira separately on Monday in a wooded area after residents in Wang Chao told police they had spotted them in the forest. Each initially blamed the other for killing de Stefani. Rujira earlier told police that de Stefani had previously offered Amaury 100,000 baht to stop him from contacting her, but Amaury had refused to comply.