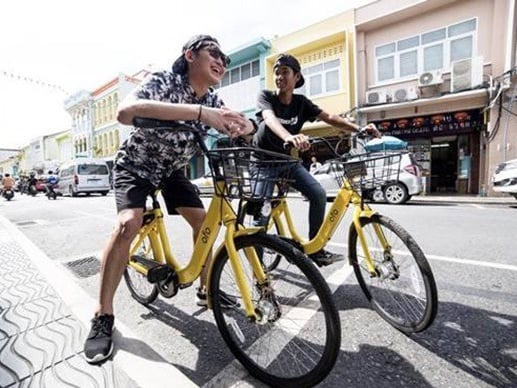 The operators of the Ofo and Obike share-bike scheme have agreed to extend the free service from the end of this month to the end of the year to provide more time for Phuketians and tourists to get used to the share-bike system.

The extension was announced during a press conference yesterday (October 20) to explain about the public share-bike system in Phuket, chaired by Governor Norapat Plodthong alongside the executives of PKCD (Phuket City Development), Ofo, Obike and police.

The conference explained more about the system, cooperation, rules, and punishments and hosted a Q&A session to clarify the details of this new service.

“There is 1,500 bikes from Ofo and 500 bikes from Obike which are available in the area of Phuket Municipality where the pilot project is located before spreading to other areas of Phuket,” said the Nipon Aekwanich, PKCD Board of Directors.

“There are 50 parking spots by now and will extend to 100 Ofo bike parkings and 20 Obike parkings. After the extension of the free service, the rental fee will start at 5 Baht per half an hour.”

“There are still some problems such as people taking the bikes as their personal belongings, parking the bikes with a chain lock and even throwing them away in the canal. Anyone who mistakenly took the bicycle back home, please bring it back to the nearest police station. The company still agrees not to file any lawsuit over the matters at this stage. Soon, Ofo will make a public relations parade on the streets to create more understanding that the bikes are not give-aways from the government as some people think,” he said.

“Taking the bike back home is illegal. For the payment details, during this promotional period, renters do not have to put any details for the first usage but need to put it for the second time they use the service. After using the bike the renter has to ‘lock’ the bike so the next person will have to register their names. For the parking, there are ‘P’ letters on the application which specify the legal parking of the bike. If anyone finds one of the bikes broken, they can contact the providers through the application.”

According to the statistic revealed by PKCD, there have been at least 1,000 bikes that were unlocked by the application each day which shows that locals and tourists are interested in the service and is a good sign of increasing bicycle usage on the island. 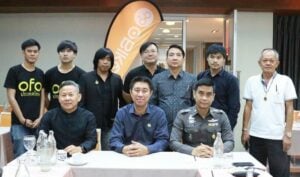