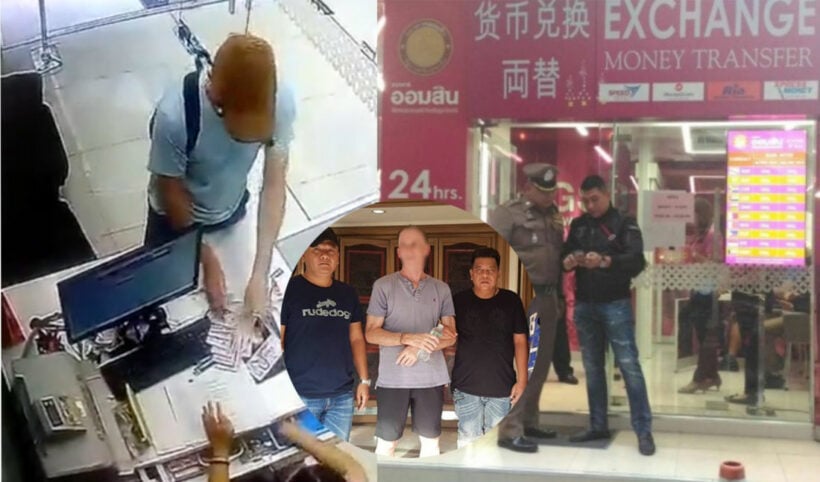 A foreign man was arrested after robbing a currency exchange counter in a Bangkok bank on 16 October. Police worked with Immigration officers and the tourist police to arrest the man, whose nationality has yet to be confirmed.

The man walked to a Government Savings Bank Currency Exchange Counter before pulling out a knife and threatening a clerk. He then ran from the bank with the money he’d received and got away on a motorbike taxi that happened by. 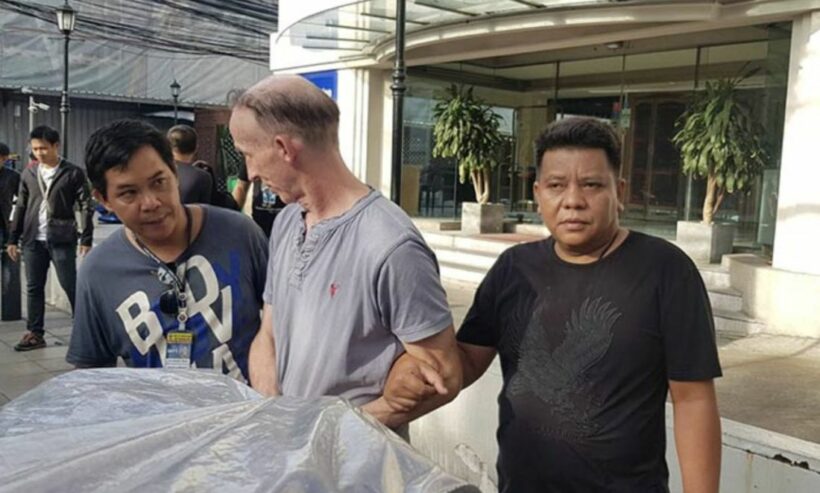 Footage from security cameras revealed information that helped lead police to the man, who was arrested a day later in his room. Police are investigating to learn the motive for the robbery and the mental state of the suspect.