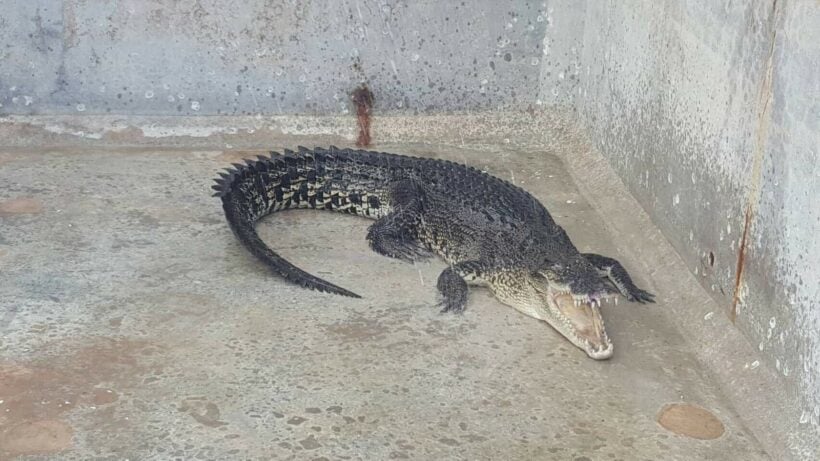 An agreement has been reached by the Fisheries Department that the crocodile found in an old tin mine near Laypang Beach will be sent to the Phuket Zoo next month.

The Director General of Fisheries Department, Dr. Adisorn Promthep, said today (November 17) that, following the DNA test by Mahidol University, they found that Laypang is a ‘mixed’ breed between a freshwater and a saltwater crocodile and it shouldn’t be released back to the wild according to the Fisheries officials.

“This is why we have had to search for a proper home for Laypang. After discussing with many of the local experts we found a few choices which included Khao Phra Teao Non-Hunting Area but it doesn’t have enough space or manpower with specific experience about crocodiles. Also the Phuket Coastal Aquatic Animals Development Centre where Laypang is currently staying. However, the centre only has concrete fish ponds, which are not appropriate for keeping a crocodile long-term,” said the Director General of Fisheries Department. 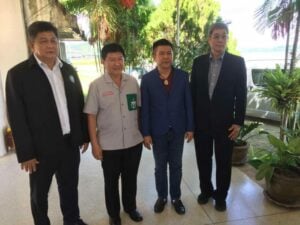 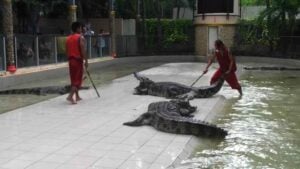 “Also, the Phuket Coastal Aquatic Animals Development Centre is located a long way from the population centres which makes it difficult to make it a reptile study and tourism destination for schools.”

“We agreed during our meeting to cooperate with Phuket Zoo for them to keep and care for Laypang. However, the legal ownership of the crocodile will still remain with the government. After this, if there’s anyone in the private sector who wants to take care of the crocodile, they can file a request with the Fisheries Department. We decided that any final location has to be in the Phuket area.”

The Director General explained that the zoo has more than 30 years experience in taking care of crocodiles and there are about 200 of them there. However, Laypang will not be allowed to be used for any crocodile shows.

“The process now is to prepare a letter of agreement with the Zoo management,” he added.

Meanwhile, the Manager of Phuket Zoo, Pichai Sakulsorn assured that Phuket Zoo will take care of Laypang professionally using their experience of over 30 years.

“I’m very proud that we have been trusted with Laypang’s care and we are confident that we can take care of the reptile very well. The 200 crocodiles at the zoo now were not bought but all bred in captivity. We have renovated a crocodile pond for Laypang, which is a 20-24 metre single pond with a round shaped. Everyone is welcomed to visit Laypang here.” 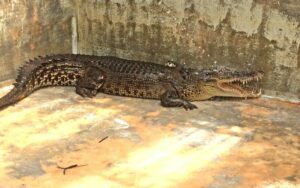