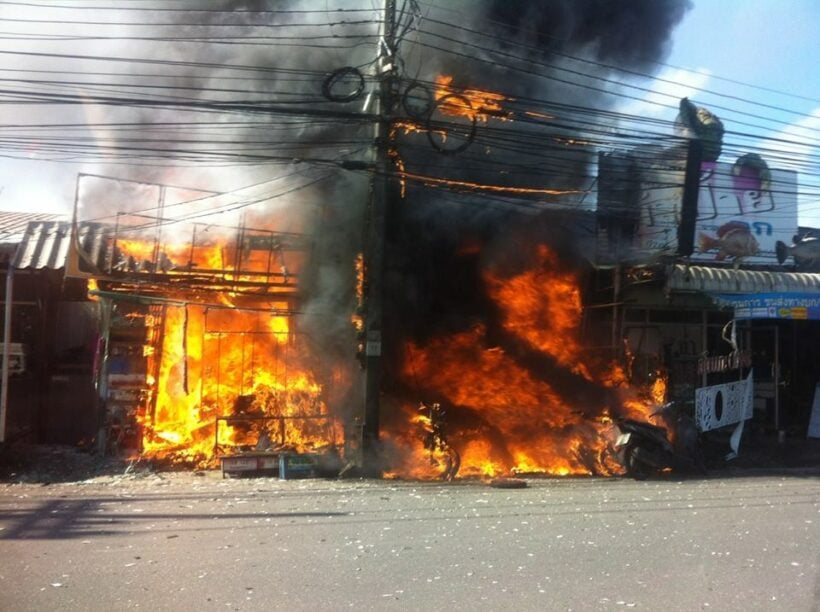 There’s been a fire, on the opposite side of the road between the Darasamuth School at the Central Festival underpass (Darasamuth Intersection) and Surakul Stadium, around 9am this morning. Two adjacent motorbike shops caught fire – there was an electrical work truck working on the electrical pole in front of the shops at the time.

Emergency responders attended the scene and the police cordoned off the area redirecting traffic. Traffic was allowed through from 10.30am.

The two shops have been completely guttered. The two adjoining shops have also suffered damage – a signage shop on the right has suffered extensive damage, the coffee shop (which was closed at the time) on the left almost unscathed although there is some damage to the flooring at the front are of the shop.

Electrical repairs had just been completed when the fire started according to the shop owner next door. Police are investigating further to assess the cause of the fire. 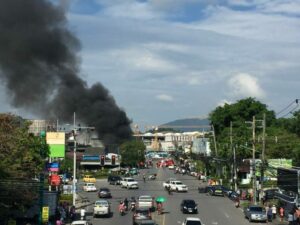 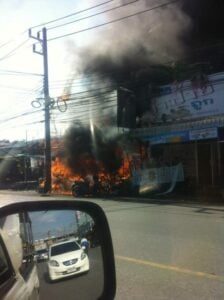 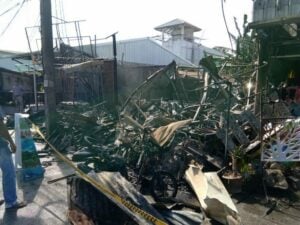