Just days after efforts to find Malaysia Airlines flight MH370 kicked back into gear, details have emerged on the man behind what has been called the “final” search for the missing aircraft.

The private company Ocean Infinity has begun a 90 day search for MH370. After several failed attempts to locate the missing Boeing 777, the latest attempt by the well-funded Ocean Infinity represents a high-tech reboot of the single largest search in aviation history.

Malaysia Airlines Flight 370 was a scheduled international passenger flight that took off on march 8, 2014 while flying from KL to Beijing. The last contact with air traffic control was at 01:19 when it was less than an hour after takeoff. The aircraft disappeared from air traffic controllers’ radar screens at 01:22, but was still tracked on military radar as it deviated westwards from its planned flight path and crossed the Malay Peninsula, until it left the range at 02:22 while over the Andaman Sea, 370 km north-west of Penang. The aircraft was carrying 12 Malaysian crew members and 227 passengers from 15 nations.

A London-based hedge fund millionaire is helping to finance the “final” search for the missing aircraft in a bid to solve one of modern aviation’s greatest mysteries.

Anthony Clake, an executive at Marshall Wace Asset Management, is the key figure behind Ocean Infinity, the subsea exploration company which won the contract to hunt the missing Flight MH370.

‎Mr Clake, who ‎oversees billions of pounds of clients’ money at Marshall Wace, is understood to have invested in Ocean Infinity after being impressed by its advanced technology.

Ocean Infinity’s website says their search will focus initially on the zone identified by the Australian Transport Safety Bureau.

“The vessel, ‘Seabed Constructor’, is now close to the search area, which will enable work to commence imminently. The project is expected to last for 90 days. Ocean Infinity will take on the economic risk of the renewed search, only receiving payment if the aircraft wreckage is located.”

The Seabed Constructor set off from Durban in South Africa three weeks ago. 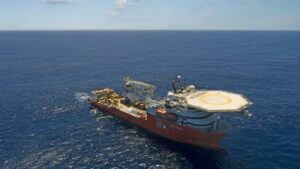 “We are pleased that our offer to continue the search for missing Malaysian Airlines flight MH370 has been accepted by the Government of Malaysia, who I would like to thank for giving us the opportunity. Whilst there can be no guarantees of locating the aircraft, we believe our system of multiple autonomous vehicles working simultaneously is well suited to the task at hand. I wish our team the best of luck in their endeavors and sincerely hope that we will be able to play a part in providing some answers to the many people affected by this tragedy,” said Ocean Infinity’s CEO, Oliver Plunkett. 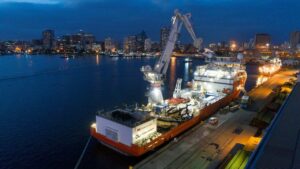 Thai woman, French boyfriend blame each other for Italian’s murder