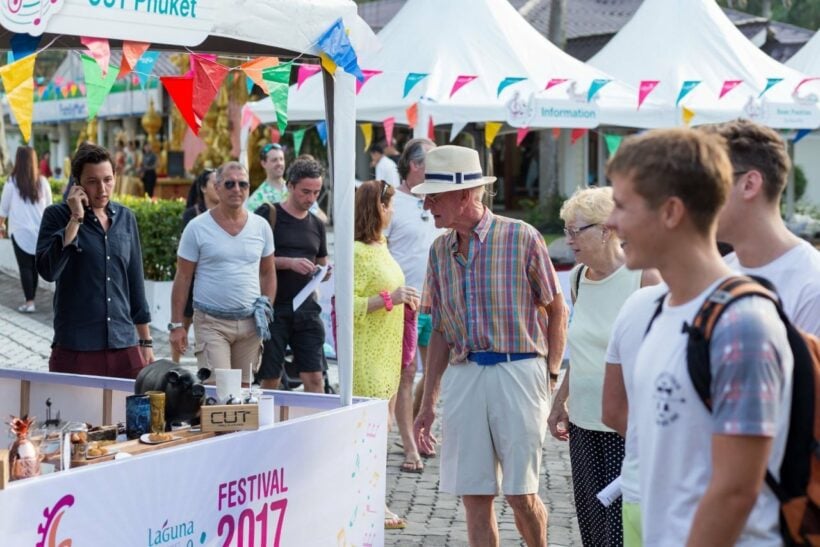 A three-day “East Meets West” Food & Music Extravaganza is headed back to Laguna Phuket on April 27-29, following on from last year’s inaugural edition.

Entry to the evening festival is free except for main stage performances at 8pm.

Opening at 4pm, East-Meets-West Laguna Phuket Food & Music Festival will be set up at the resort’s “Laguna Grove” next to the lagoons.

One of the food highlights will be the presentation of Peranakan cuisine from Phuket’s top restaurants. Local vendors and Laguna Phuket resorts will supply Phuket dishes sourced from nearby communities. Other dining options include mobile food trucks, a dining garden and culinary shows against the backdrop of musical performances.

Organised to  raise for funds for Phuket Panyanukul School, a school for children with special needs, the concert will take place from 8pm. The concert is estimated to attract an audience of at least 6,000.

On the following evenings different main stage musical acts will be on stage from 8pm.

While the Laguna Phuket Food & Festival is open to all without entry fee, highlight performances on the main stage each evening will raise funds for “Children First Fund (CFF)” in support of children in Phuket.

Tickets for the Charity Concert (27 April) is priced at 400 baht and on April 28 & 29 limited VIP-zone tickets are available at 500 baht apiece for stage-front seating and complimentary refreshments.