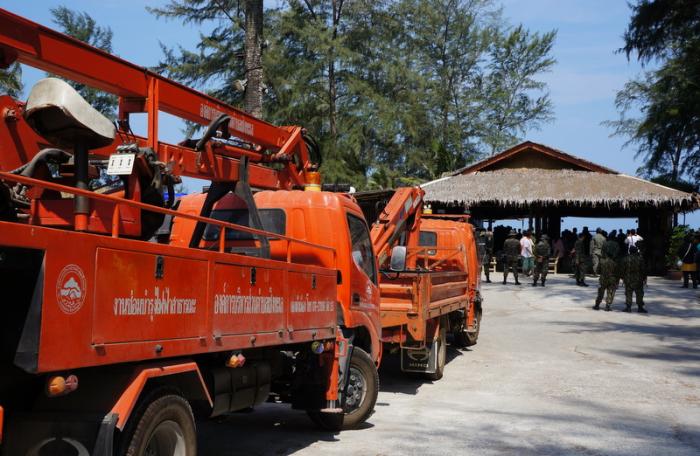 An earlier attempt to remove Tony Restaurant from Laypang Beach in April 2016.

The Director General of DSI, Pol Col Paisit Wongmuang, and the Deputy Director General, Pol Lt Col Prawut Wongsinil, along with their team and local authorities, visited Laypang Beach today (November 16) to give notice to the business operators who still occupy the land. The direction is to move out within 30 days.

The team also installed notices on the encroached land requiring the businesses to demolish their buildings within the 30 day period. Should the businesses not meet the deadline and still remain on the land DSI will regard the cases as special case and prosecute them all. 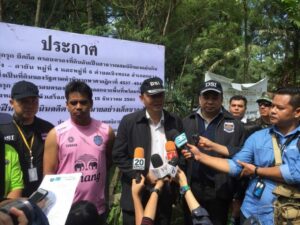 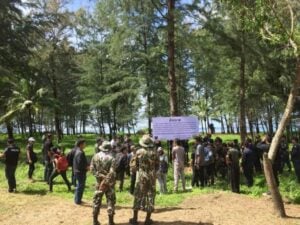 The beach land that the businesses occupy is on a 178-rai stretch of land along the Laypang and Layan beachfront, judged by supreme court as public beach on November 1. There are currently 9 businesses running commercial operations on the land. Some of them already have their land papers revoked, some of them are being prosecuted for owning illegal land papers and some of them have occupied the land without any papers at all.

On October 9, the land officers involved in the approval to issue land papers of 2 plots on the beach land (7 rai and 6 rai) without authorisation were found guilty over the 6 rai land paper, while the 7 rai land paper case is still being considered by the court. 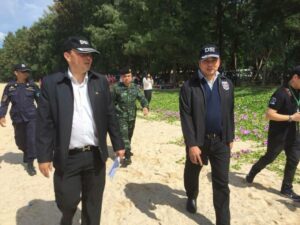 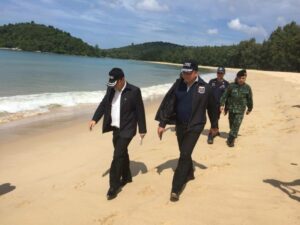