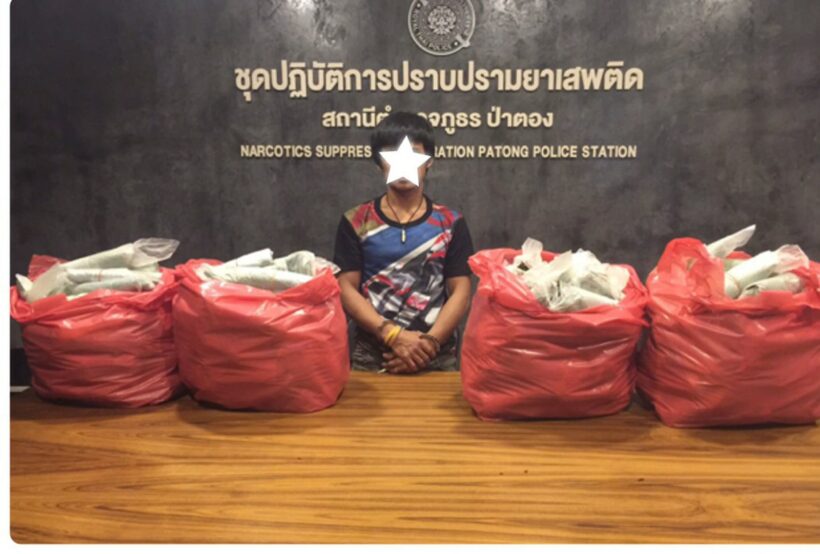 12 drug dealers have been arrested and charged with possession of 8,000 amphetamine pills , 500 grams of meth amphetamine and 40 kilograms of Kratom leaves.

Nine of the them were initially arrested on September 6 by Patong police including 5 men and 4 women who were found in possession of meth amphetamine and Kratom leaves. Three of the men are Myanmar nationals while the rest are Thai.

On the following day, September 7, police arrested 2 more men thanks to clues from the group arrested the day before. The two men were arrested with meth amphetamine and amphetamine pills. 6 golden necklaces worth about 300,000 Baht were also seized.

“We are trying to reduce and clean up drugs in Patong as much as possible. The investigation on the first group we arrested helped us to find a second group of bigger drug dealers,” said Pol Lt Col Somsak Thongkliang deputy Police Chief of Patong Police Station. 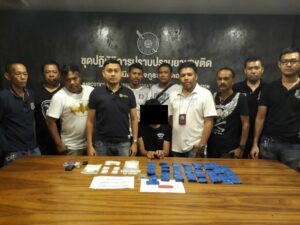 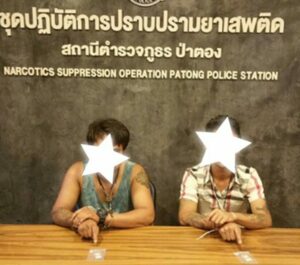