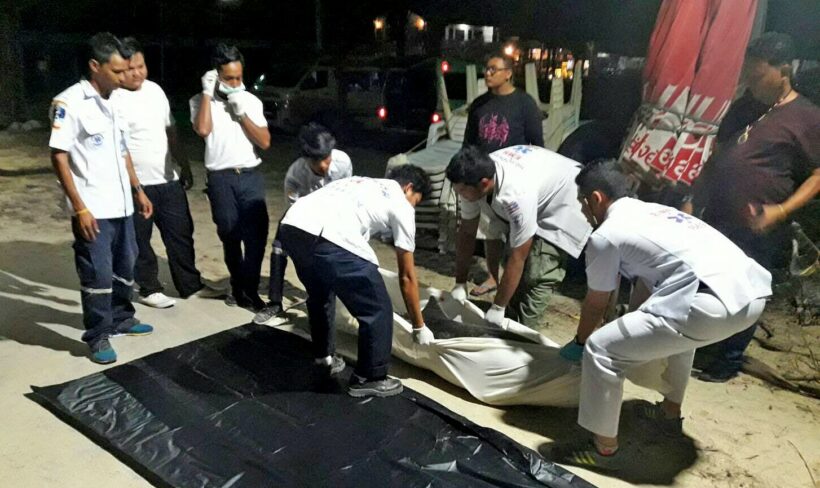 Officers from the Rare Sea Animal Division of the Phuket Marine Biological Center (PMBC) have revealed today (October 17) that the dead dolphin found on Kamala Beach washed up ashore yesterday was a young Fraser’s Dolphin, which is rare in the Andaman Sea. The body is 2 metres long and weighs approximately 70 kilograms.

The body was still fresh when people found it with round wounds on the left side of its body that looks like a bite marks with some scratches.

The team from the PMBC is still checking on the dolphin body to determine the exact cause of the death. 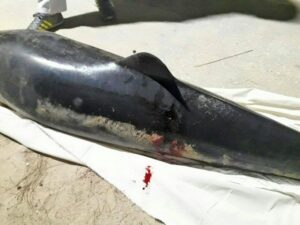