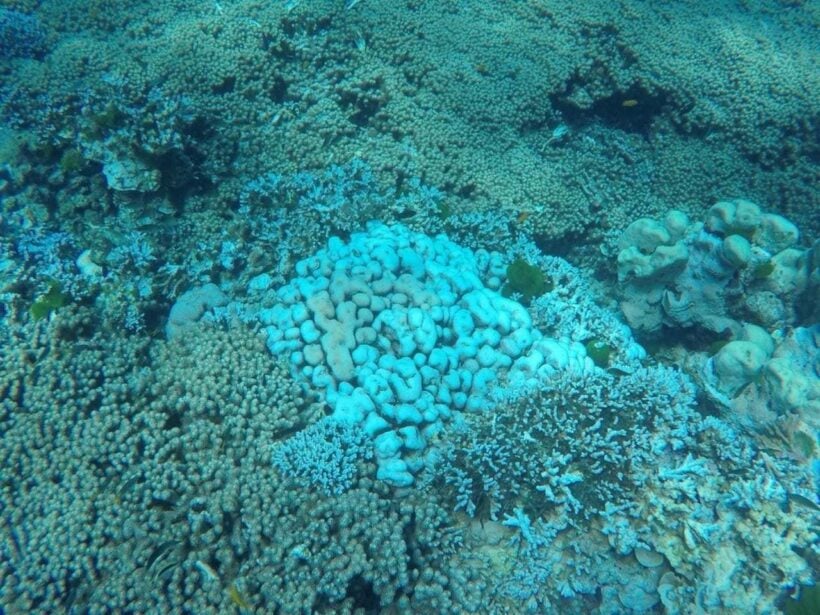 Coral reefs in Thailand are currently facing the onset of widespread but mild coral bleaching, as some reefs in both the Andaman Sea and Gulf of Thailand show symptoms of heat stress.

Tourists are meanwhile being encouraged to observe signs of coral bleaching and report them to authorities. Despite around 5 to 10 per cent of corals in the coral reefs in many provinces reportedly suffering from bleaching, the Marine and Coastal Resources Department has predicted that this year’s bleaching will be minor and short in duration. The reported 5-10 per cent bleaching rate matches a warning issued by the NOAA Coral Reef Watch (CRW) throughout the Indo-Pacific Region.

Bleaching occurs when the reef suffers stress from extreme environmental changes in temperature, reduction, or pollution, causing individual corals to expel symbiotic algae living in their tissues and turning the coral completely white.

The algae produce food for the coral and are therefore indispensable. After the algae are expelled, the coral weakens and will die if the bleaching period is severe or extended.

The worst bleaching has been identified in coral reefs in Phuket, Krabi, Chumphon and Rayong. Marine and Coastal Resources Department director-general Jatuporn Buruspat said he had already received reports of coral bleaching in some coral reefs of both the Andaman Sea and Gulf of Thailand. The scale and severity of this year’s bleaching appears small, he said, and there was no reason to be concerned.

“Only initial signs of bleaching have been observed, which is normal for this time of year, as the temperature of the seawater is usually higher than [the yearly] average,” Jatuporn said.

“From the weather and seawater temperature forecast, we have projected that the situation of coral bleaching in Thailand’s seas will be mild and short.

“The rainy season has already begun and more rain and overcast weather is expected, which should reduce the seawater temperature.”

The Marine and Coastal Resources Department has a system in place to monitor seawater temperatures and it could be used to measure and forecast bleaching events, he said. Jatuporn also asked that tourists help officers by monitoring the condition of coral next time they go diving.

Niphon Pongsuwan, an expert on marine ecosystems for the Marine and Coastal Resources Department, said the recent coral bleaching was caused by high seawater temperatures. Starting from May 5, temperatures in both the Andaman Sea and the Gulf of Thailand had increased beyond safe levels for coral, at 30.5 degrees Celsius.

The highest seawater temperature was recorded last week at Koh Man in Rayong, he said, where it soared to as high as 33 degrees Celsius. Still, this year’s coral bleaching was not a cause for worry, he said, because the period of warm seawater was expected to be too short to cause large-scale damage to the reefs.

It was also found that many corals that survived the latest mass bleaching event in 2010 have developed increased tolerance to heat and can survive in hot water for a longer period than previously.

“This signifies that coral reefs in Thailand have developed traits to tolerate and survive in warmer water.”

However, Niphon warned, even though this country’s coral reefs have proven adaptable to changes, the survival of many coral reefs remains a serious concern due to the impacts of excessive tourism and water pollution. 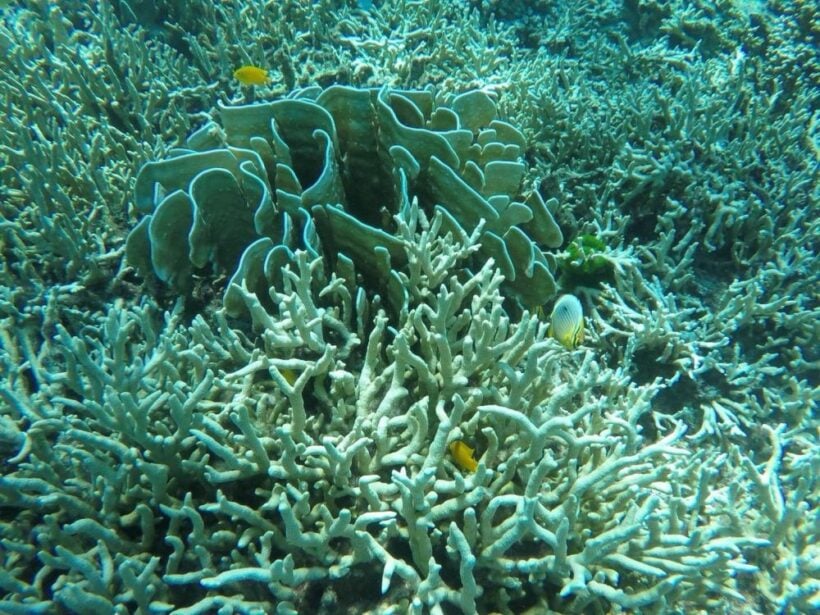