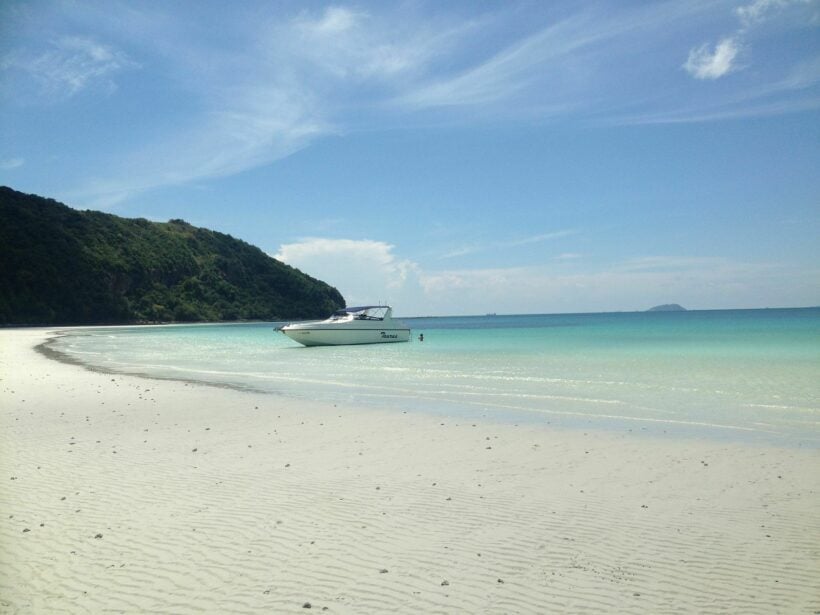 Six Belgian tourists stranded on an island off the coast of Chon Buri’s Sattahip district were rescued by the Royal Thai Navy on yesterday. According to the navy officials, the tourists took three small boats into the sea on Sunday and got themselves into trouble when one of the boats had a mechanical failure, and a water leak to another boat.

Since the remaining boat was too small to carry all six of them to the mainland, they took sanctuary on Koh Khram where they used a radio to ask for aid. The island is a nature reserve and is generally closed to tourists as it is a sea turtle breeding ground.

Navy officials moved out right away to rescue, arriving on Koh Khram early this morning in the midst of heavy winds, waves, and darkness. The six Belgian tourists all made it back to land safely, with no injuries recorded, though they were shaken up by the ordeal.

“We love the Royal Thai Navy and without them, we don’t know what would have happened to us.”

Jason
Firstly, and without reservation, good on the Thai Navy for the rescue!! I'm a keen boat skipper myself and I wonder how this group managed to charter boats to skipper themselves?? I tried and couldn't as I was told the…