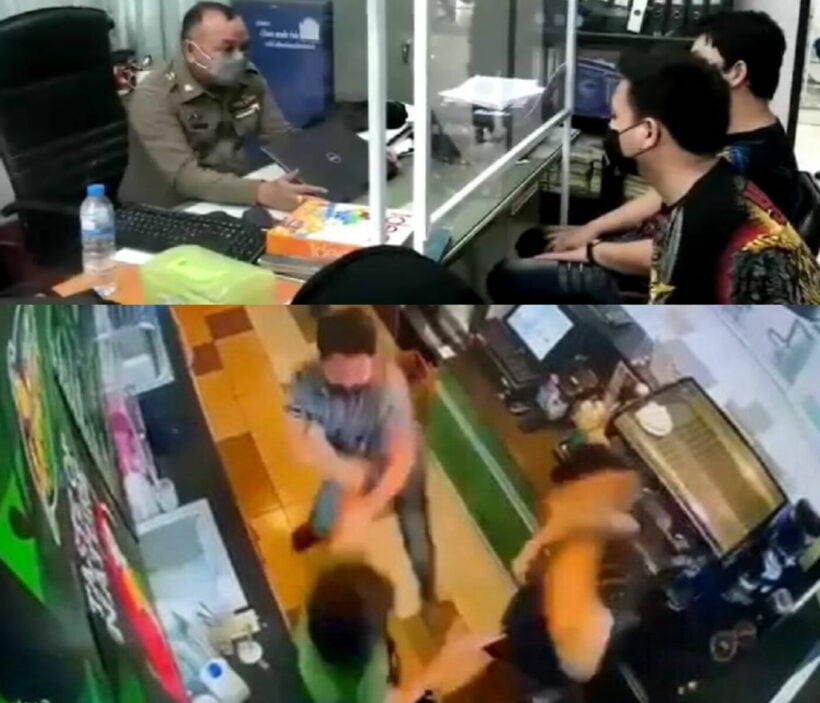 Police have taken into custody 2 suspects accused of beating a 23 year old coffee shop employee in Si Racha in Chon Buri on Monday. The pair of attackers face charges of assaulting the shop worker in the middle of the workday with other staff witnessing the incident turning themselves in yesterday.

The suspects were identified as a 29 year old man and his 25 year old brother. They surrendered to the Borwin Police earlier yesterday afternoon. As the victim had suspected, the attacker admitted the beating was a fit of jealousy, saying he saw the coffee shop employee chatting with his girlfriend.

He flew into a rage that she was chatting with other men and decided to take out his anger physically. He enlisted his brother’s help to attack the employee. He took out his anger that the coworker was chatting with his girlfriend, despite the fact that he admitted the conversation was part of an employee group chat for the coffee shop located at a PTT petrol station opposite Maryvit School. The victim said that on that same chat group, the attacker had threatened his life.

Now the main attacker says he and his brother are both very sorry for their actions in the attack. They say they are asking for their victim to forgive them, though the request may be more motivated by the attackers wish to avoid any legal charges as a result of the beating.

The victim was taken to the hospital and had to be treated for multiple injuries as a result of the attack.