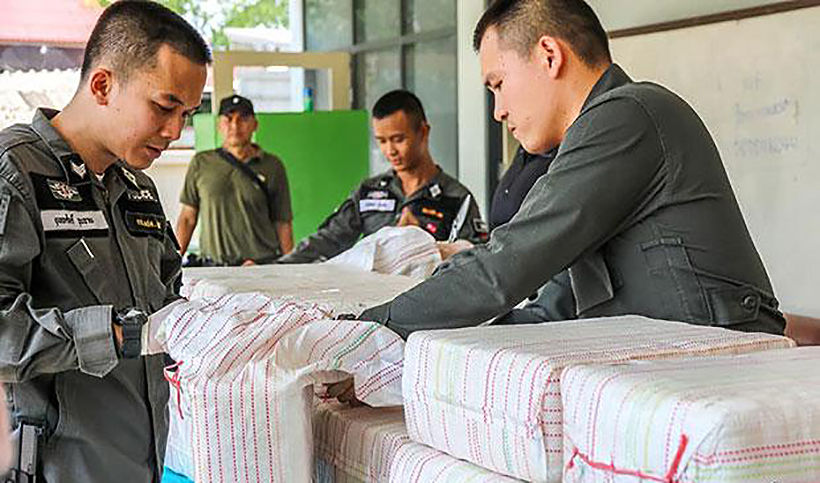 Police are investigating the source of 2 million methamphetamine pills seized on Friday in Chiang Rai, near the Myanmar border. A man had the 2 million speed pills seized from his pickup truck following a chase in Mae Sai district late Friday. One police officer was injured in the incident.

A pick-up was signalled to stop around 11pm on Friday night in tambon Sri Muang Chum. But the driver sped off with police in hot pursuit. After three kilometres the driver of the pick-up lost control on a curve. His vehicle hot a police car in the process before ending up in a roadside ditch. A policeman in the car that was hit was injured and taken to hospital.

The 43 year old driver of the pick-up, Yutthachai Narapinitkul, was arrested and taken into custody.

Police found 20 sacks of methamphetamine pills, totalling 20 million, in the back of the vehicle.

Police are still trying to determine the source of the drugs to make further arrests.