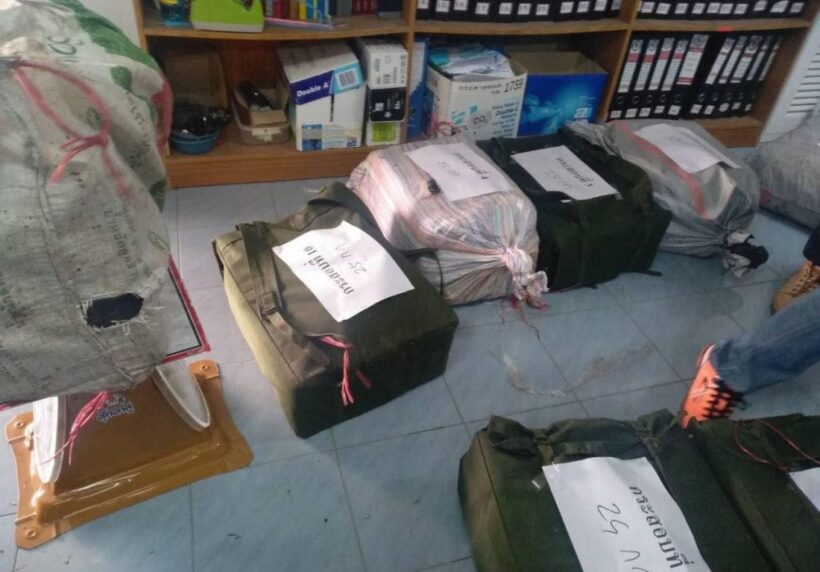 Police found the drugs when they intercepted and searched a car on the Chiang Rai-Chiang Mai road in Ban Tala village in Tambon Sanslaee.

Police declined to give details of the arrested suspects, saying they need to conduct further investigations to try to arrest the mastermind of the shipment.