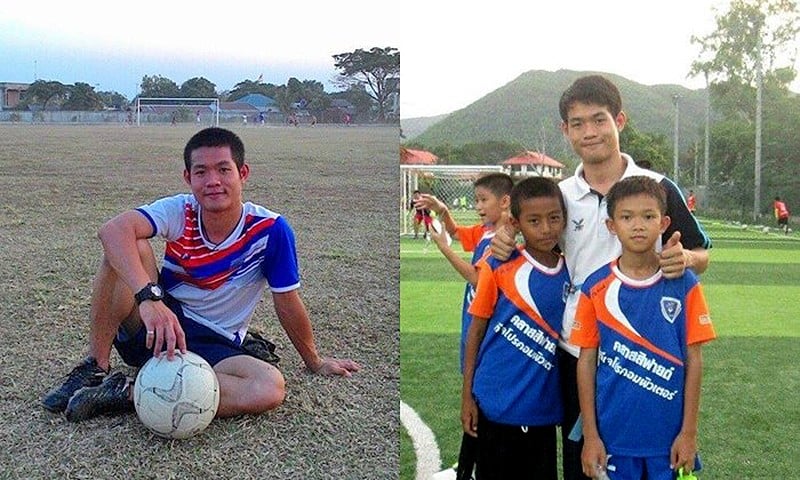 The 25 year old assistant coach had sacrificed his own health for the sake of the twelve boys under his charge. Sanook is reporting that Navy Seals, who have been with the team, made the claims when they spoke to reporters.

Of the entire group only two have any health problems of any level. One of these was the team’s assistant coach, Ekaphon Janthawong. The other was a boy who was not named.

A Seal representative said that the coach hadn’t taken food or water, brought into the cave when the party entered, for himself instead making sure that it all went to the boys. This action had made him weaker, more than the boys.

He was also well aware of the situation advising on correct measures to manage the situation. He managed the light resources for the good of the children and advised them to stay still as much as possible to conserve energy.

He told the boys not to drink the muddy water and just to drink water dripping from the cave walls (that would be cleaner).

The representative said: “He was scared too but he was aware of the situation. He was there for the children and sacrificed his well-being for their benefit”.

Can’t swim, can’t dive. But it’s the only option.