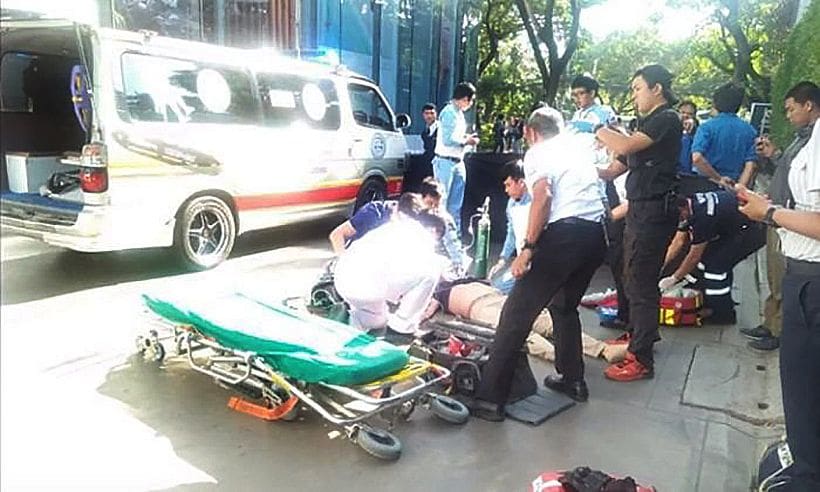 Sanook has reported that a Korean man has died after jumping from a flat roof on a department store in Huay Kaew Road, Chiang Mai.

CCTV shows the man at the view point yesterday, according to Chang Pheuak police. Three or four other tourists were also enjoying the view at the same location. Another person came onto the view point and shortly after jumped, according to witnesses. The man was found near the entrance to the store on the ground floor, reported Sanook.

Emergency responders provided CPR and rushed to the Maharat Nakorn Chiang Mai Hospital where he was pronounced dead.

The South Korean man has been identified as 45 year old In Boom Lee. He was married and operated a tour business nearby.

He was described as a likable man with no obvious business problems, according to people that knew him. He didn’t argue with his wife and there seemed no reason to jump off the roof.

A doctor’s report, medication and identification were found in a bag he was carrying at the time.

Police are trying to determine whether he fell or jumped.