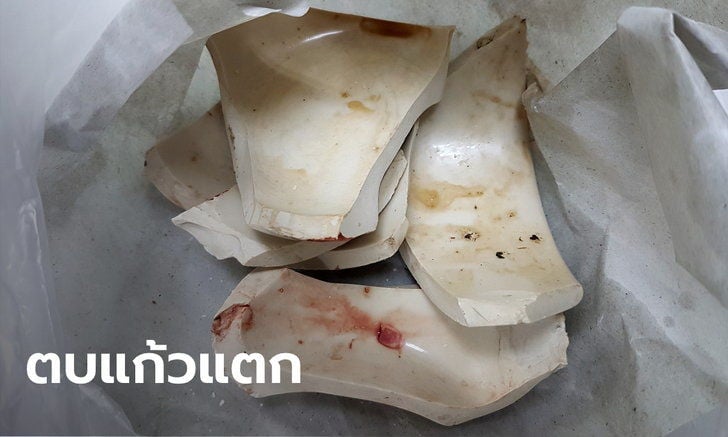 A man has smashed a ceramic cup on a police officer’s head after he was told to wear a face mask yesterday in a province outside Bangkok. The officer, Thai media reports as 41 year old ‘Saroch’, was doing a routine check for coronavirus prevention, making sure vendors and business owners are abiding by emergency regulations. The Bang Nang Buat police officer issues warnings to those who don’t follow the rules in the Supanburi province.

When the officer walked into the cafe yesterday where Chaloey sells lottery tickets. The officer approached the man, 59 year old Chaloey, about not wearing a face mask. Chaloey got angry. He grabbed the officer by the throat and smashed a ceramic cup full of hot coffee on the officer’s head. The officer ended up with 2 stitches from the assault.

Chaloey told police that the officer threatened him with jail time for not wearing a mask.

It has not been reported whether it was a latte or cappuccino.

Man’s death raises alarm about homeless during the pandemic