CamGO, the company behind the local ride-hailing app, have announced a partnership agreement with Indian motorcycle company TVS Motor that would provide TVS’s King model autorickshaws for use in the Kingdom.

In the agreement, TVS will supply the three-wheeled vehicles to CamGO using local firm Three Wheel Motor Service Provider as a front for their services.

Ouk Chipsourn, CEO of CamGO, says that his company has offered their service in Cambodia since 2016 and up to now their app has been downloaded by 5,000 users in the capital Phnom Penh.

While there are 42 TVS King autorickshaws available for service in Phnom Penh at the current time, Chipsourn said 42 others will be arriving early next month, expanding the fleet to 84.

“With the agreement today, we expect that there will be 300 TVS tuk-tuks available for operation before the end of this year,” he said, adding that the service will expand beyond Phnom Penh to other tourism destination like Siem Reap, Kampot, Preah Sihanouk provinces.

While no dollar figures were given on the deal, CamGO owns all of its tuk-tuks and offers its drivers the option to either work for a fixed salary or rent their vehicles for $4.50 a day.

Additionally, there are also several locally operated companies.Va Chandore, director of Three Wheel Motor Service Provider, said yesterday that demand for ride-hailing services are increasing at a breakneck pace in Cambodia. Thus, the added supply of vehicles will help to reduce traffic congestion and bring jobs into the country. 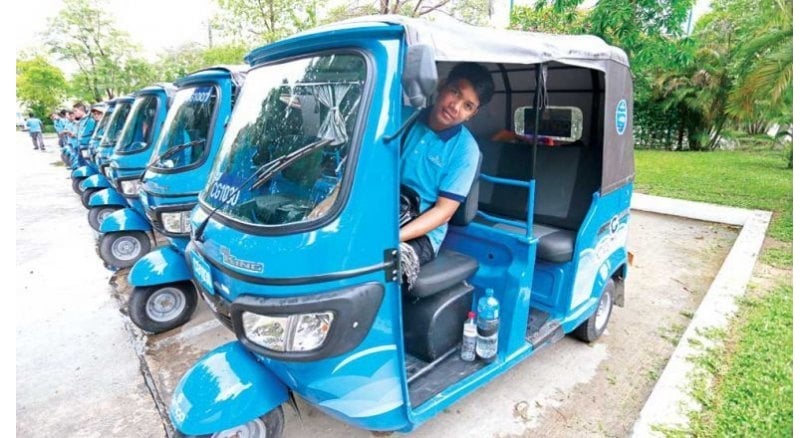