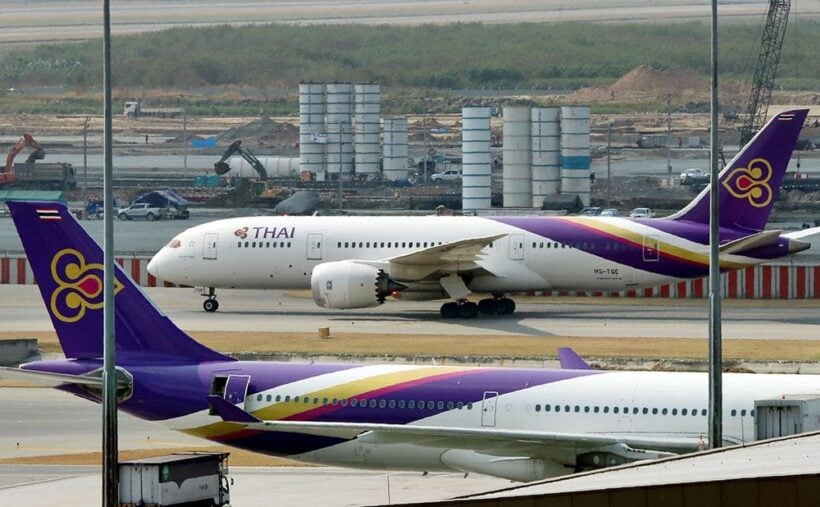 It hasn’t been a good week for Thai Airways as the national airline continues to fly passengers to their original destinations days after flights were cancelled and rescheduled due to Pakistan airspace closures. Even yesterday Thai Airways was reporting a backlog of up to 2,000 passengers they were hoping to clear before the end of this weekend.

Meanwhile, it emerged yesterday that Thai Airways International reported a net loss of 11.6 billion baht compared to a 2.1 billion baht loss the year before.

The airline is putting its increased losses down to higher fuel and repair costs.

The national carrier reported to the Stock Exchange of Thailand yesterday that their operating income rose 3.9% year on year to 199.5 billion baht. At the same time, operating costs jumped over 10% to 205.6 billion baht

Thai Airways’ new President Sumeth Damrongchaitham reported that the airline took delivery of five planes but decommissioned two older Boeing B737s during the past 12 months, resulting in a net addition of three planes to its fleet to 103 planes in service.

The company said competition remained high in 2018 and fuel prices were at the highest levels in four years.

Thai Airways says it will stick with its rehabilitation plan, which involves ongoing fleet modernisation and ‘Ground to Sky’ service integration. Other focuses are improved digital marketing and the maintenance repair and overhaul centre at U-Tapao airport near Pattaya.