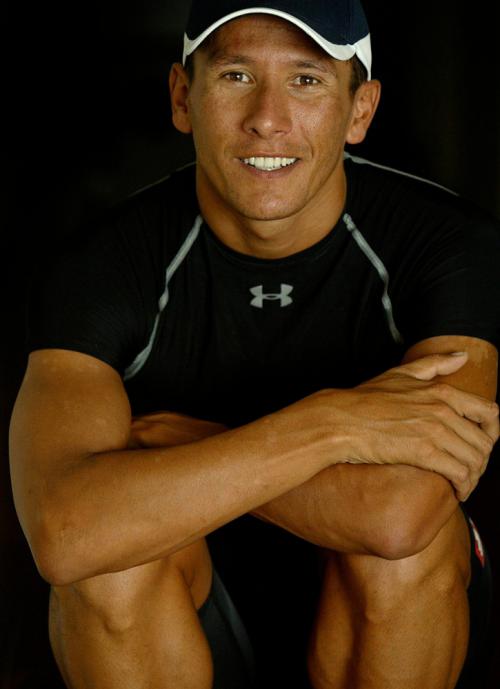 PHUKET: From a race track to a company board room – seems like change of pace for a world class athlete. But Chris McCormack proves otherwise. The same passion that let him win over 200 triathlons is about to help him achieve his goals as the new Executive Chairman of Thanyapura.

He is certainly not a newcomer to the world of business and finance though: “I graduated from a university with a Bachelor of Commerce degree with majors in marketing and accounting. I took a job straight out of that university at Banker’s Trust, I was heading straight into international finance,” he told the Gazette in an exclusive interview.

It took Macca a few months to realize that he wanted more from life than just more money. “After about six or seven months of working in international finance, I hated it. I just felt I was very young, and I hadn’t travelled. So I decided one day that I would quit my job, sell everything I had and take my bike, swimming goggles and running shoes and try and do races around the world,” he recalls.

The next few years made the Macca we know today – a world class athlete, a permanent winner striving to achieve perfection in the water, on the bike and on the running track. But even now, after years of sporting career achievements, McCormack is grateful to his parents for making him study hard. “It’s been the biggest blessing I’ve ever had. I’m a lot more analytical and I think that’s my biggest strength.”

Macca believes that the things he learned while competing in triathlons might add to the success of his work at Thanyapura, as much as his education and experience in the world of finance.

“I think my greatest strength has been putting great people around me and empowering them to give the best they can do. My success on the sporting field is without question due my lack of arrogance, my realization that I don’t know everything. The worst thing you can have is a leader who thinks he knows everything… And I think great leaders pick the path, and they lead and empower the people below them.”

But there is one more quality McCormack developed as an athlete that will help him succeed at Thanyapura – competitiveness, a desire to win.

“I’m a winner and a sore loser. Sport is simple, there is one objective – to win. In the professional world, any athlete is there to win. Winning in business is not crossing a line first. Winning is understanding where this machine wants to go and making it get there. And when you get there, you ask yourself a question ‘is this where we want to be?’ and if it’s not, you reassess and figure out where you want to be and get there.”

So what is the path for Thanyapura according to McCormack? “I came here to Phuket as a professional athlete. I was staying down at Laguna and I’d never heard of Thanyapura. I was fortunate enough to meet people who trained here, they brought me here and I was absolutely blown away by all the facilities. And not just the sporting facilities, but the backup facilities all in one spot, with a training environment second to none.”

“I was then introduced to Thanyapura’s founder Klaus Hebben and I said ‘Look, Klaus, how didn’t I know about this place? I am your market!’ I took out my phone and and typed in ‘swimming’ and ‘Phuket’ in to Google and Thanyapura didn’t even come up! And I know people around the world are stinging for a center like this.
We need to get the message out! There’s a market out there that’s enormous.”

But even with all the marketing talk – the goals, the PR – Macca is still an athlete.”I’m on the start line of
another race, I’m going to work out ways to get there and there’s going to be some things we fail at. But the ultimate end game for us is to win. Winning, for me, is seeing people utilizing this center.

“Triathlon has given me my life and I wouldn’t trade it for anything. This is the best lifestyle you can possibly have. I don’t care if being a corporate banker would’ve made me more money. So that’s how I want my success to be measured, by seeing people utilizing this center and enjoying life.”