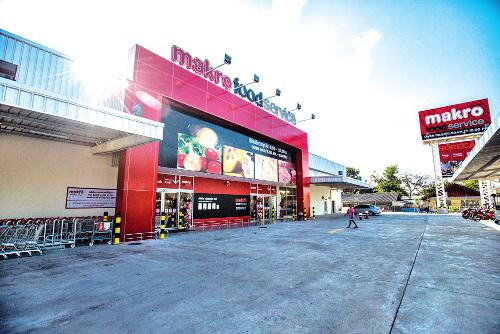 The new branch is Makro’s second “Food Service” format store in Phuket, following the opening of its first branch in Patong earlier this year.

Speaking at the grand opening ceremony, Jantima Goiphol, General Manager of Makro Food Service, Rawai branch, remarked: “Makro appreciates the potential growth of the restaurant business in Rawai, which is one of Phuket’s most important and longest beach areas, second only to Patong… It’s a point for tourists to board boats to/from various islands and is also a popular dining area with a lot of restaurants. For this reason, we’ve opened the new Makro Rawai branch to provide more convenience to local food service operators to be able to swiftly source supplies for their businesses and continue to serve the growing tourism industry.”

Today, Siam Makro, which last year was sold by SHV Holdings to CP All – a subsidary of the agri-food conglomerate CP Group – operates more than 50 Makro branches across the Kingdom.

The store carries more than 5,000 food items and daily necessities including chilled, frozen and dried foods; herbs, spices and condiments; meats, vegetables, dairy and bakery items; as well as food-safe containers, imported beef and common food service beverage selections – stocked and displayed on a total of 1,700 square meters of retail space. The lot also offers parking for more than 20 vehicles.