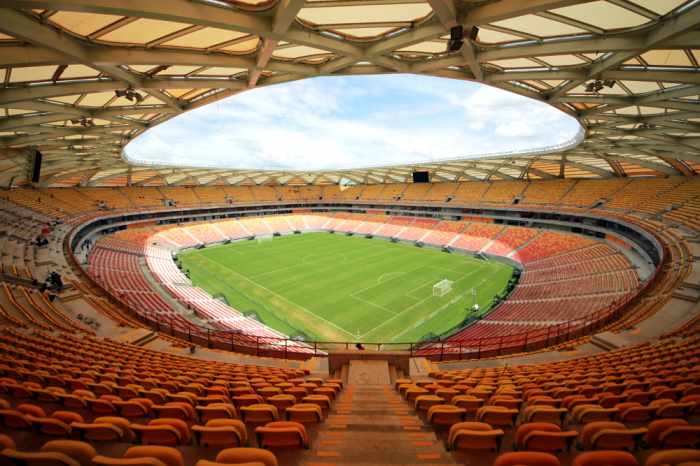 PHUKET: Research from the Grant Thornton International Business Report (IBR) has found that the enthusiasm Brazilian businesses held for hosting the 2014 FIFA World Cup plummeted over the past two years leading up to the event. However, while few business leaders predicted increased investment or increased profits as a result of Brazil hosting the competition, there is hope that infrastructure improvements and the influx of tourists will provide enduring legacies.

Andrew McBean, Partner of Grant Thornton in Thailand and a specialist in the AEC said, “The big sporting events usually bring huge amounts of growth to the hosting country. For example, it was estimated that the economic impact of the London Olympic games was 551 billion baht (9.9bn pounds) to the UK in 2012 alone. However, the withdrawal on April 17 by the Vietnamese Government from hosting the 2019 Asian Games is a reminder that very careful consideration and planning needs to be given to hosting such events in emerging markets. Such a study needs to assess both economic and social impacts.”

The IBR reveals that the proportion of Brazilian business leaders who believed hosting the World Cup would translate to faster economic growth fell from 80% in Q1-2012 to just 33% by Q1-2014. Similarly, just 11% of businesses planned to make extra investments for the tournament, compared to 23% in 2012. A further 19% of businesses expected their profits to rise, and 52% expected the tourism sector to see the biggest pickup in activity.

More than two in five business leaders expected infrastructure investments – particularly those in the transport sector – to be the most enduring legacy of the games (42%), with a further quarter expecting a greater influx of tourists (26%). However, almost a third believed stadium construction in their city disrupted daily life and just 40% believed the stadium will be well used once the tournament is over.

“The important thing after the tournament is finished is the asset management. Of key concern is how to manage and utilize these in the future. Like the Bird’s Nest in Beijing and Cape Town’s Green Park Stadium, it is hard to see the Amazon Arena in Manaus being well used after the tournament. However, there are good examples to follow so that stadia do not fall into disuse, particularly that of the east of London following the 2012 Olympic Games. The event allowed this previously derelict part of the UK capital to be modernized and it has subsequently attracted significant commercial and residential investment,” explained Mr McBean.

“Thailand has hosted a record for Asian Games with the most recent in 1998, however, before submitting any further proposals, it is worth pausing and performing deep economic and social studies using updated models and experiences,” added Mr McBean.