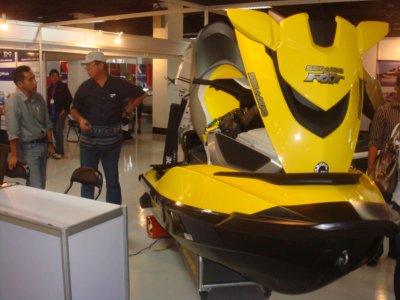 PHUKET: Boats confirmed for display at the Phuket International Boat Show 2012 (PIMEX) have a combined value of more than US$ 50 million (approx 1.5 billion baht).

To be held at the Royal Phuket Marina from March 29 to April 1 2012, this ninth edition of PIMEX is organized by Informa Yacht Group.

“PIMEX’s in-water display is the largest in Asia and is a big attraction for international buyers who want to see boats in the marine environment,” said PIMEX Show Director Andy Dowden.

Continued growth in the regional marine leisure market has seen more owners choose to port their boats in Phuket. The four international-standard marinas are operating at high occupancy year round.

The increase in boats berthed in Phuket is in part due to the diversity of international buyers and the growth of the domestic Thai buyer market.

“We are seeing an increasing trend amongst wealthy Thai customers towards owning a luxury boat, and a growth of interest from international buyers from Russia, China and the Middle East,” said Jariya Sungtong, Sales and Marketing Manager for Windy Boats Asia, a 2012 exhibitor.

“There are more and more people coming to Phuket and wanting to get into boating. We are seeing more overseas customers, particularly from Russia. But there is also growth in the number of Thai nationals purchasing yachts,” he said.