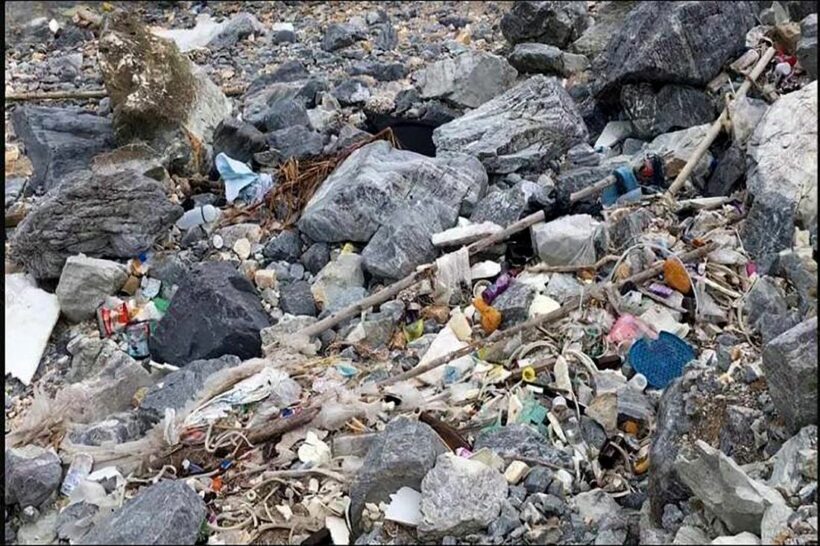 The local mayor is blaming big boats at anchor offshore dumping their rubbish into the sea off Koh Si Chang in Chonburi.

Mayor Damrong Phetra says there were no local people throwing trash on Ngu Beach – his team were constantly having to clear up the rubbish and it definitely came from boats, he said.

Daily News reporters found the lovely beach ruined along its entire 100 metre stretch with plastic bottle, bags and other rubbish.

Pictures showed the filthy state of the beach as calls for decisive action against the boats dumping trash were made.

Flooding in Thailand’s north and northeast