The vice president of the Thai-Chinese trade and industry association, Wichai Manekitikun, is assisting police with their enquiries after his 23 year old girlfriend was shot in the chest. She later died in hospital.

The 44 year old man was taking a Chinese couple home after a party in his van. He told police that he had stopped on the roadside to urinate when he heard the gun shot ring out.

He rushed back to find that a “very drunk Chinese man” called Seng W had shot his 23 year old girlfriend San A in the chest with a 9 mm gun. The bullet had exited through her back. He told police he saw a large amount of blood and rushed the injured woman to the Nakhon Thon hospital.

The Chinese man had been playing with the weapon kept in a compartment on the second row of seats, according to Wichai Manekitikun, the owner of the gun. Wichai told police he had been out with the couple at the Ping shark-fin soup restaurant in the Pathumwan area of central Bangkok. The weapon was reportedly legally owned and licensed, according to initial police investigations.

Wichai had offered to take the couple home to their condo in the Rama 3 area but when he reached Soi 43 he got out to urinate in some roadside bushes, according to Daily News.

His girlfriend later died in hospital from the gunshot wound.

When Tha Kham police arrived at the hospital they found the Chinese man who shot the gun, Seng, in tears outside the emergency room.

An interpreter was called from the Chinese Embassy in Bangkok.

According to Daily News, “Seng was very drunk”. Bang Pong Pang police are continuing their investigation into the incident. SOURCE: Daily News | ThaiVisa 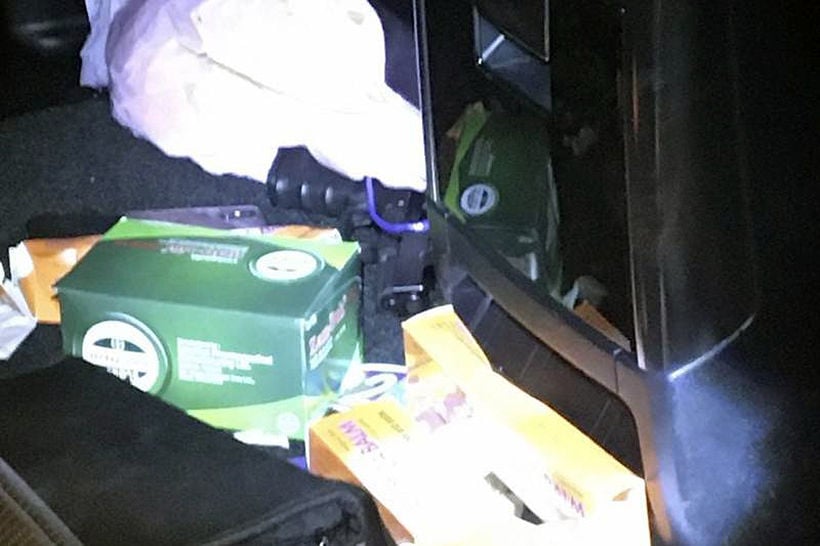