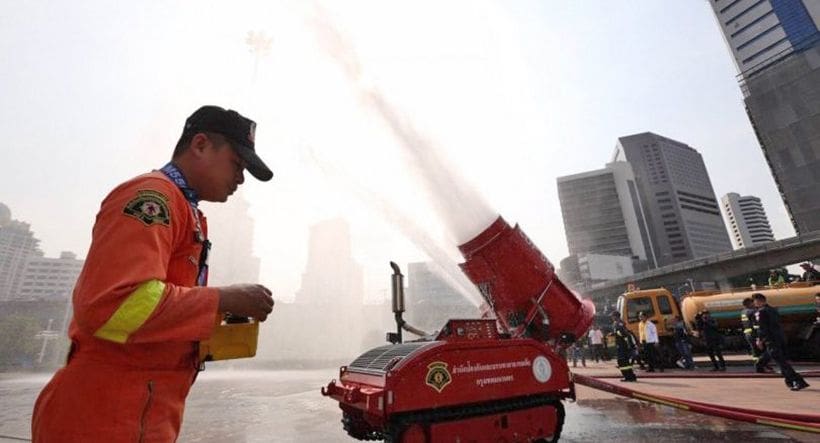 Bangkokians have at least another day to inhale unhealthy levels of air pollution after Sunday, the fourth consecutive day the city has been shrouded in smog.

On Sunday morning the measure of particulate matter in Tambon Pak Nam in Muang Samut Prakan was 93 micrograms per cubic metres, approaching what the WHO describes as ‘unhealthy’.

The Nation reported that Samut Sakhon earned an orange code with 90 micrograms, while the readings were 73 along Bangkok’s Soi Lat Phrao, 95 in Wang Thong Lang district and 72 on Paholyothin Road in Chatuchak.

In a bid to lessen the smog, city workers on Sunday sprayed water along the roads in Lumpini Park. To increase humidity, Bangkok Governor Pol General Aswin Kwanmuang ordered the use of high-pressure hoses that can shoot water 30 metres into the air, the first time they’ve been used. BMA deputy permanent secretary Wiparat Chaiyanukit was at the park cheering on the mission.

There has been little wind to blow away the smog, according to the Pollution Control Department (PCD). It warned that the air quality was unlikely to improve today and is urging people to stay indoors or wear an N95-rated facemask if they go out.

Traffic police are tagging vehicles issuing black exhaust with a sticker and ordering them off the road, Pralong said. The authorities could also bar large vehicles from inner Bangkok if the air pollution remains bad much longer, he said.

The forecast in Bangkok is hot, with little wind and no rain. 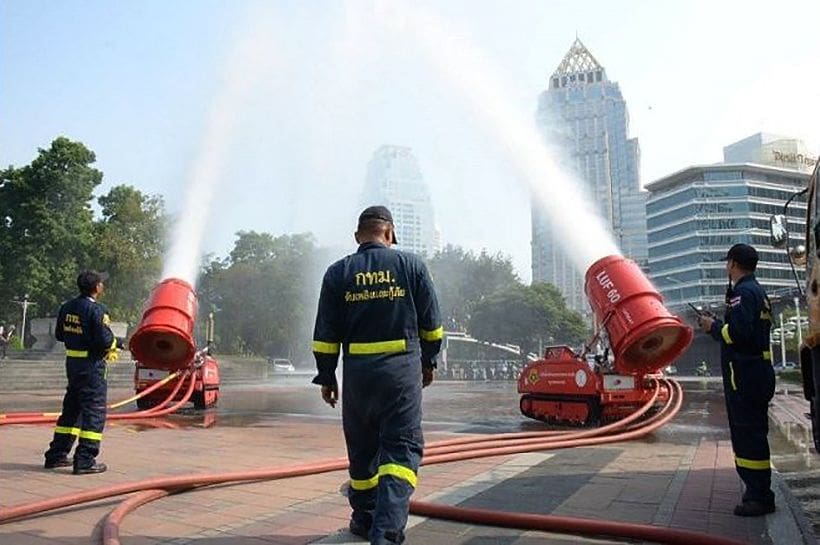 Bangkok blanketed by smog for at least another day