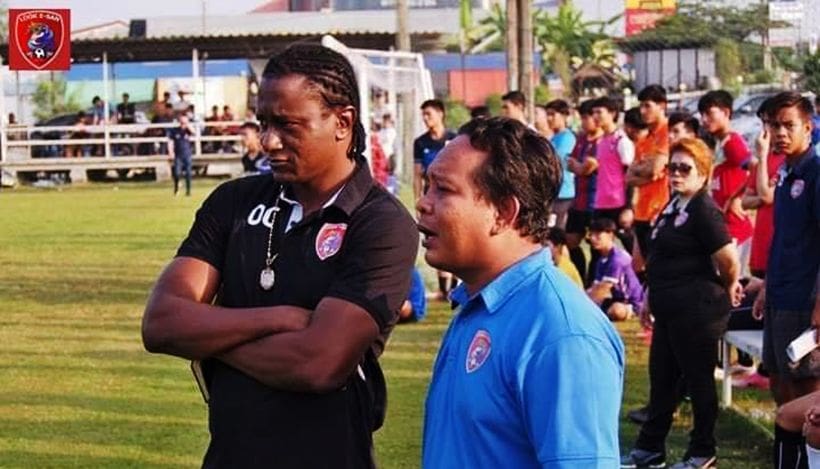 Al Jazeera has just released their new episode of ‘101 East’, their award winning TV program which gives an in-depth look at weekly current affairs and telling bold untold stories from Asia and the Pacific’. This week’s episode takes a look at Thailand’s football industry and how many West African players are travelling to our capital, betting it all on hopes of becoming the next big star.

“Oh merciful god, you get me this far and you are always by my side. Help me get signed by and team and let it be a good thing in my life” – Tassirou (aspiring footballer) during prayers.

In the last ten years the Thai football industry has grown to create a home grown enterprise. With 4 division and 100 clubs, salaries can now be over 300,000 baht per month. The youth have turned from Muay Thai and now have new goals as Thailand is on the cusp of becoming a full football nation.

This episode tell the stories of a few different characters and their challenges in making their dreams come true.

Tassirou, a Senegalese football player who managed to scrape the money needed for the airplane ticket and is now desperate to get his big break before his visa expires.

An African football coach for a northern Bangkok team, who’s team (Look-e-san) had been relegated to the lowest division and with financial concerns coming from the top, must achieve results. Due to his country of origin and skin color many were opposed to having him as a coach regardless of having been an ex professional player. He tells of how there is no real financial gain and instead focuses on building up his name. Because of his background, many aspiring West African players reach out to him, and although he wants to help them all he tells of how many (unfortunately) just aren’t good enough.

The owner of Look-e-san tell of his dream of owning a football club, and what that has really meant. After the team was relegated to the 4th (and last) division, he lost support from all sponsors. The club costs an average 5 million baht a year to run, and the football association only subsidises 1 million, hence the owner had to personally invest the rest.

A young Kenyan who was head hunted by a Thai club, had his visa expire after 5 months and he has received no wages from the club. Unable to afford a flight home, he’s now at the mercy of the team and in fear of immigration officers.