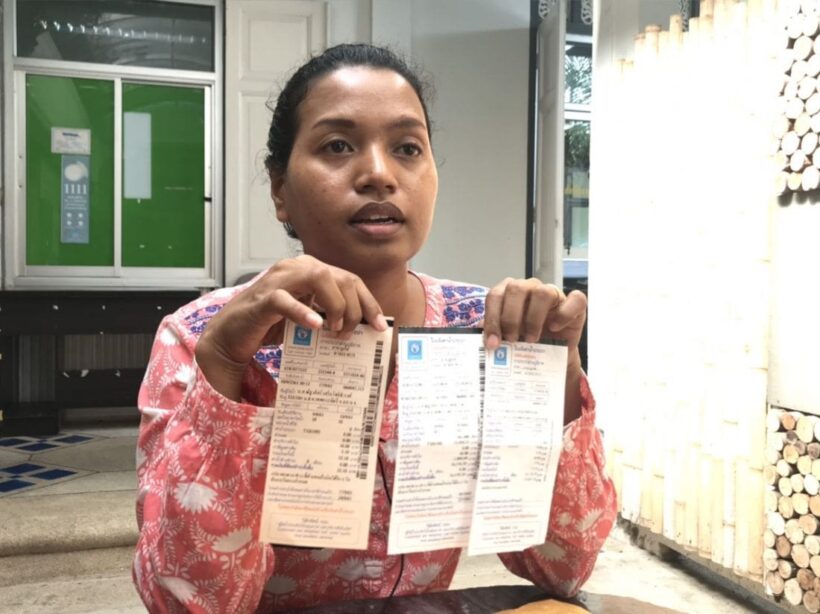 A Phuket woman has filed a report with the Damrongdhamma Centre (consumer complaints) after being landed with a 16,000 baht water bill while no one was in the house.

Nattapat Sermchotdamrong, who has filed a report to the Damrongdhama Centre, says, “My water bill in September is 16,570.29 baht. My family and I live in another province. So no one was in the house.”

“I can pay the bill but I am curious how the water meter went up to 541,000 litres in one month while in August I only pay 32.10 baht. Now the water meter of my house has been removed. We don’t have water to use. The PWA has checked the water pipes outside, there is no water leak.”

“I have presented witnesses and documents to the Phuket Waterworks Authority (PWA) but they still insist that I must pay the bill otherwise they will sue me.”