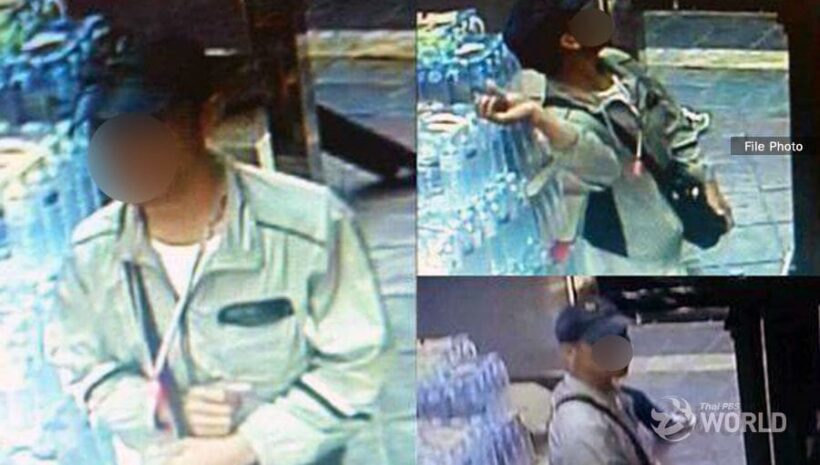 Back in early 2014 the street protests were in full swing on selected streets in the capital. In the midst of the sometimes violent protests a hand-grenade attack.

Now, four and a half year’s later, a man suspected of throwing the hand-grenades into the anti-Yingluck government protests at the Victory Monument and on Banthadthong road has been arrested this week by police and the military at a Thai-Cambodian border crossing.

The suspected bomber has been identified as 47 year old Krisda Chaikae, a resident of the western province of Kanchanaburi. Hi arrest was the result of joint cooperation between Thai and Cambodian police.

Police say a Thai police team went to Phnom Penh to see Lt-Gen Sam Vanvera, the assistant police chief of Cambodia, to seek his cooperation to track down Krisda after it was confirmed that he was hiding in Cambodia after the two grenade attacks in January 2014.

Read our report about the grenade attacks HERE.

Police claim the suspect wasn’t able to withstand the pressure of the manhunt launched by the Cambodian police and decided to slip back to Thailand. He was subsequently arrested at a border crossing in Sa Kaeo.

Krisda reportedly confessed to the police during the interrogation that he was responsible for two grenade attacks, one at the Victory Monument and the second at a procession of protesters led by Suthep Thuagsuban, the PDRC leader, as it was moving on the Banthadthong road near the National Stadium in January 2014.

The suspect also claimed he was afraid that he would be “silenced” by others as there was a 700,000 baht bounty on him.

A hand-grenade was lobbed into a crowd of protesters in broad daylight at the Victory Monument on January 19, injuring 29 protesters, including a reporter.

A CCTV camera at a coffee shop near the site of the explosion captured the image of the unidentified bomb thrower, wearing a black baseball cap and carrying a black shoulder bag. On the following day, the Criminal Court issued a warrant for the unidentified man’s arrest.

Similar type of hand-grenade were also used in the attack in the Banthadthong incident in which one protester was killed and 38 others injured.