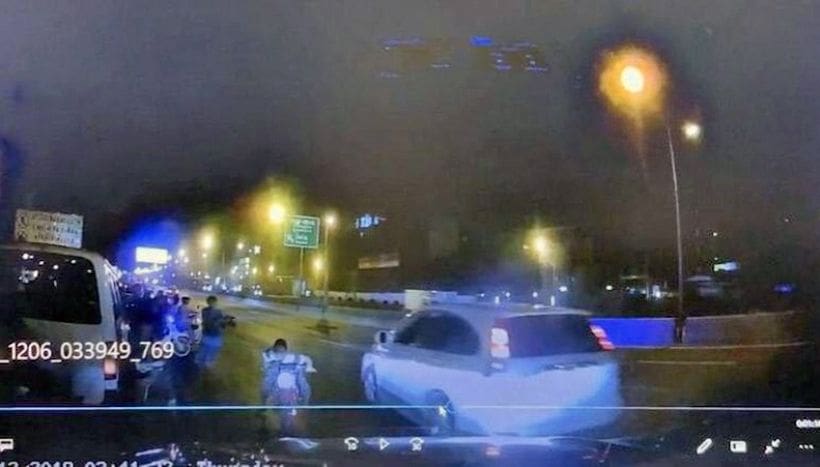 Police are searching for a gunman who has shot and critically injured a young man while he was watching motorcycle road racing on a Bangkok motorway.

55 year old Somchai Pengthong filed a complaint with police after his son, Natthachai Pengthong, was shot and injured by an unidentified gunman riding on the front passenger seat of a Honda car last Thursday night.

The footage from the security camera showed that Natthachai drove his Toyota Fortuner SUV to the area to watch road racing.

He climbed the ladder on the SUV to have a better view of the road racing. Ten minutes later, a Honda car pulled up beside the Fortuner and a man in the front passenger’s seat fired once at Natthachai.

Somchai said the bullet hit his son and then his girlfriend, who was slightly injured. The Honda then sped off.A friend rushed Natthachai to Sirindhorn Hospital. 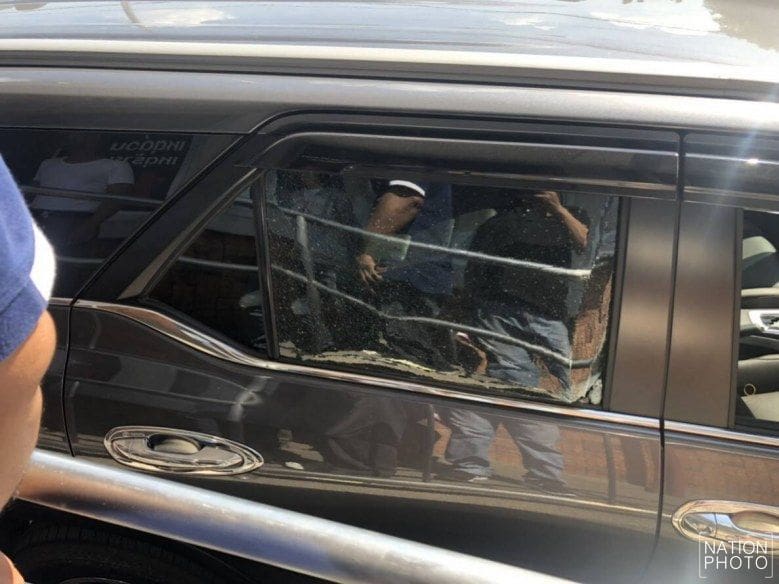 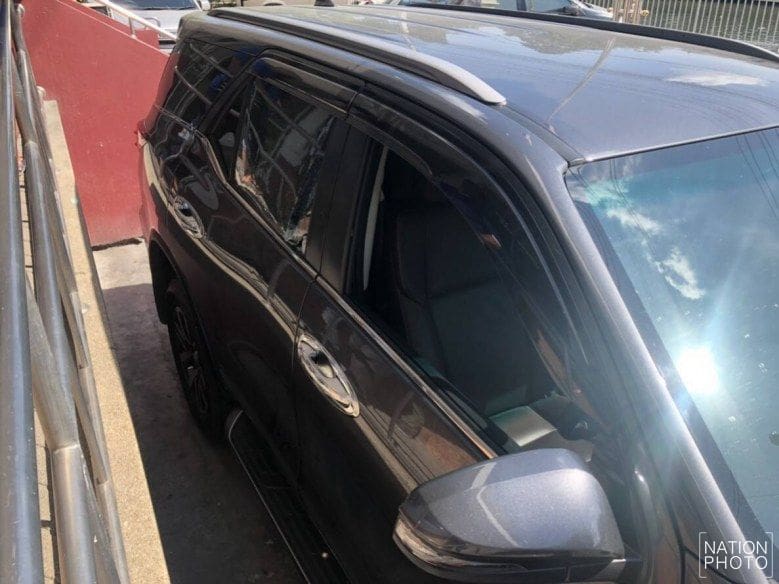