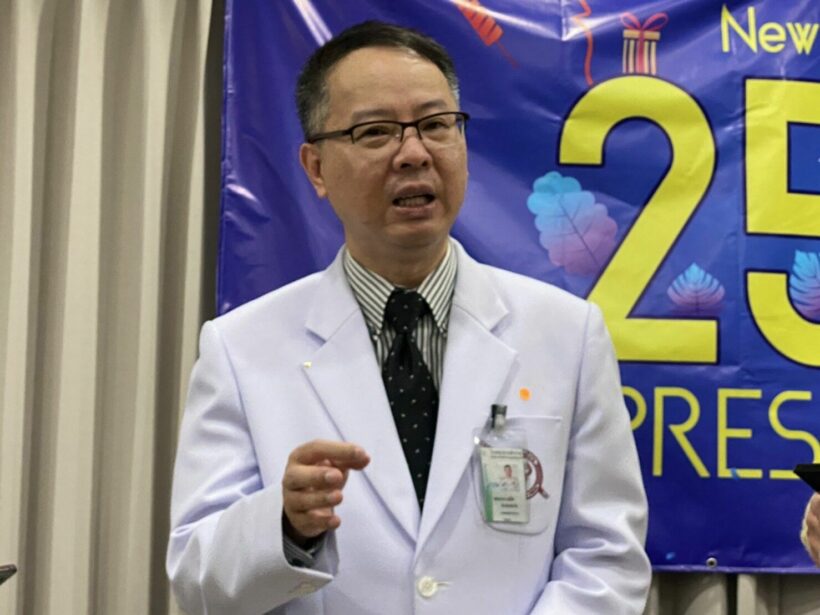 Police arrested 4 more people suspected of trafficking a ketamine-based drug cocktail which is said to be linked to 7 deaths in Bangkok. In the past few days, 17 people have reportedly required medical treatment after using narcotics, which police suspect is the drug cocktail known as “K powdered milk.”

Police say 6 people in the Wat Phraya Krai district died after consuming the drug cocktail on Sunday. Another person in the Sutthisan district died yesterday and police believe the death is also linked to the drug cocktail. The initial medical reports say the victims died from heart and respiratory failure, but results from toxicology testing have not been released yet.

A ketamine-based white powder was found near the dead victims, which police suspect is “K powdered milk.” A Police General Hospital physician tested 2 samples and says the tests detected ketamine, heroin, ecstasy and traces of the sleeping pill diazepam. The drugs are crushed together, resembling milk powder. Police say the narcotics are mixed to enhance the effects of ketamine.

In previous reports, police said the ketamine-based drug cocktail contained methamphetamine, heroin and traces of the sleeping pill ramelteon. A professor even claimed that “K powdered milk” also contains the drugs used in prison executions by lethal injection, but that claim has not been backed by an official drug analysis.

Some reports say people have lost consciousness after taking the drug, others report hallucinations. Thai PBS reports 17 people have required medical treatment after suspected use of “K powdered milk.” Urine samples were collected and results will be released in the next 3 to 5 days.

4 of the people seeking medical attention were admitted to a drug treatment centre while the others were discharged after being given medicine, according to the director of the Boromarajonani National Drug Addiction and Princess Mother National Institute on Drug Abuse Treatment.

The national police chief Suwat Jangyodsuk says officers are looking for the source of “K powdered milk” and says more suspects will be arrested.

Police recently arrested 4 suspected traffickers on charges of possessing and trafficking methamphetamine, heroin and ketamine. Some dealers are suspected of selling drugs at an entertainment venue in the Rama 3 area where a victim worked.

Police say 26 year old Wirat Kaphueak and 22 year old Watchara Chiangchin are believed to be small-scale dealers while the other suspects, 18 year old Chatree Srisombat and 26 year old Nopakao Obthom, are suspected to be middle-level traffickers.

A 23 year old woman in Bangkok’s Sai Mai area was also arrested yesterday after police received a tip that she was allegedly selling “K powdered milk.” Police say they searched Sirikarn Chuekhetkram’s pockets and found 3 small plastic bags containing a white powder. They found 3 more small bags in her bedroom. Police say the drug mixture contained ketamine and the sleeping pill ramelteon, which is prescribed under the brand name Rozerem.

The woman allegedly told police that she bought the drugs from a friend in Pathum Thani’s Lam Luk Ka district for 470 baht per gram and sold the drugs through Facebook for 600 baht per gram.