A teenager in Nonthaburi, just northwest of Bangkok, lost control of the Porsche he was driving, smashing it into a tree yesterday. He and his 3 passengers sustained minor injuries and were taken to a nearby hospital. The incident took place on the exit of the tollway heading toward Chaengwattana Road in Pak Kret. Police were notified of an incident involving a luxury vehicle at around 2pm. They notified the local rescue team and headed to inspect the scene.

Officers found a blue Porsche 911 Carrera S with Bangkok license plates, badly damaged by the collision. The car is valued at about 12 million baht. The right side of the vehicle was completely smashed, the right front wheel gone. The 18 year old driver, identified only as “Pakin,” suffered a fractured right ankle. Fortunately, his 3 friends, aged 14-15 received only slight injuries and were safely delivered to the World Medical Hospital.

58 year old Wichian Jonbandit, an employee at a nearby train station, says he was relaxing when he suddenly heard a loud bang coming from the curve leading to the exit on the tollway. The car lost control and bounced into a guardrail, then crashed into a teak tree about 50 metres away. Wichian ran to help and saw 4 people inside. He opened the passenger seat and pulled out the driver, then called the local rescue team who delivered all 4 to the hospital. According to Wichian:

“The teak tree is where workers come to rest; luckily most went home over the long holiday. They’re very lucky!”

Officials are collecting security footage from the area, interviewing witnesses and collecting evidence to find the cause of the crash. 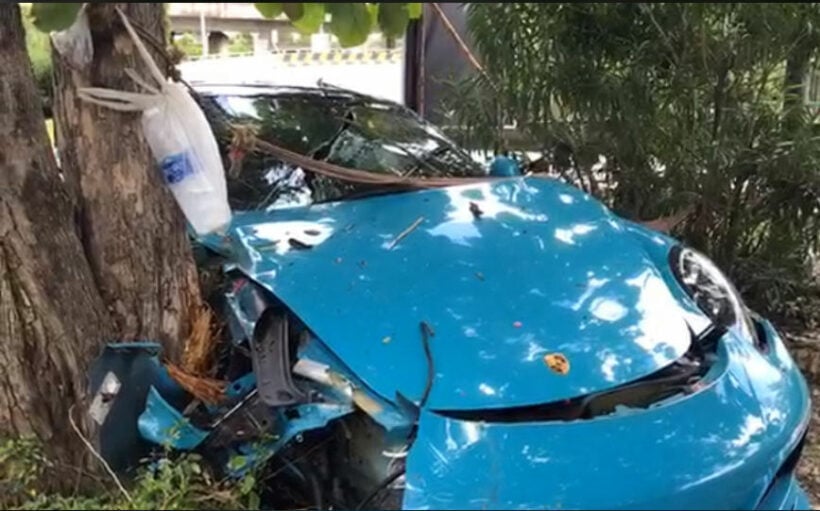 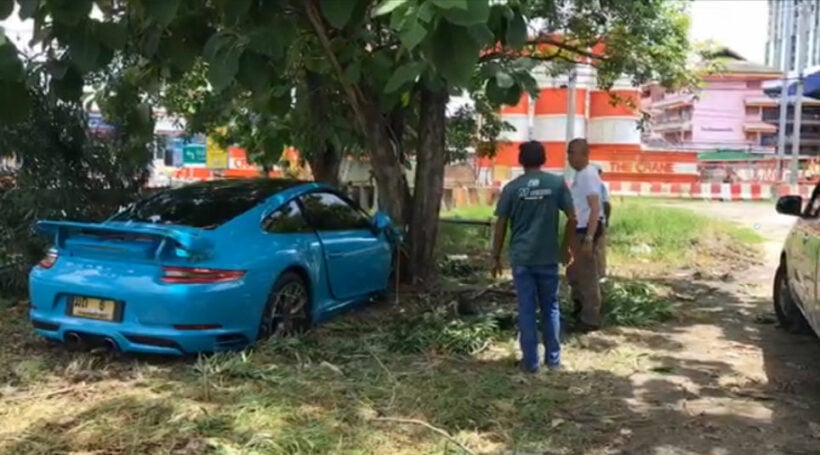