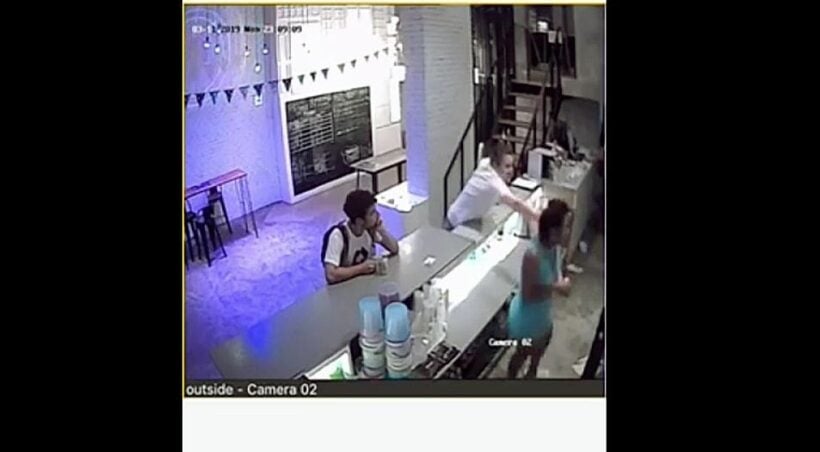 A western man has attacked a female receptionist in a Bangkok bar. The incident occurred last Monday in a bar located on Sukhumvit Soi 1.

Thaivisa reports that the man, allegedly living in a condo nearby, strolled into the bar to complain about the loud music.

When staff informed him that no music had been playing as the bar was empty he became increasingly agitated, eventually attacking the waitress, firstly verbally and then later by trying to grab her hair.

The man was in the bar arguing with staff for more than 11 minutes. He doesn’t attack the receptionist until after 10 minutes when a male member of staff leaps to her aid (just to save you sitting through the first 10 minutes!).

The woman appears visibly upset by the incident and can be seen wiping away tears.

The incident was reported to police.