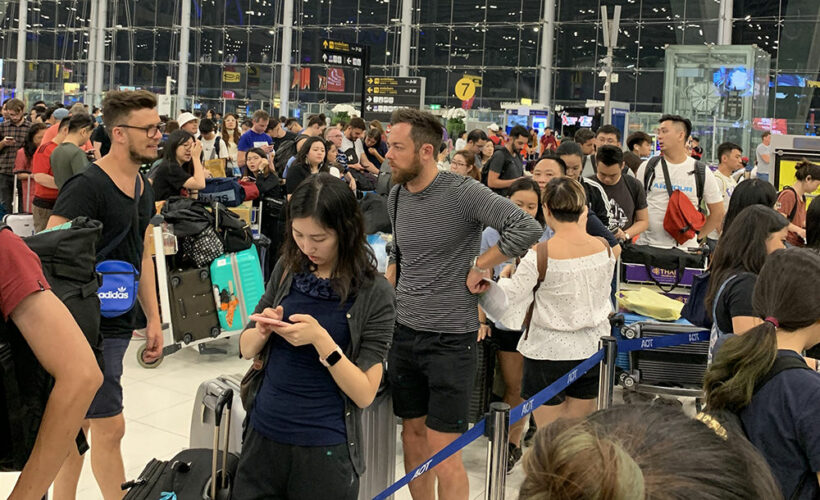 Police report that an investigation has been opened into a bomb threat made to Suvarnabhumi International Airport. A man remains in detention over the matter. The threat was made on the evening of January 1, with a call implying that a bomb had been placed inside the airport The airport regularly receives bomb threats, and has security protocols in place to protect the public.

Officials found nothing suspicious relating to the threat, but managed to trace the phone number used to make the call to a foreigner visiting Thailand. Police say he was scheduled to leave on January 3.

Officers waited for the Finnish man at the airline counter, arresting him after he checked in. When questioned, he repeated the same answers over and over, saying that when he entered Thailand he felt that the airport’s security system was faulty and vulnerable to a terrorist attack, so he made the call to warn the authorities.

Officials say that the man’s call created panic at the facility and is a criminal offence, punishable by up to 15 years in prison or a fine of over 600,000 baht, or both. Immigration officials say the suspect has entered and departed the Kingdom nine times. The man is still in custody and police say he will undergo psychiatric evaluation before charges are possibly laid.