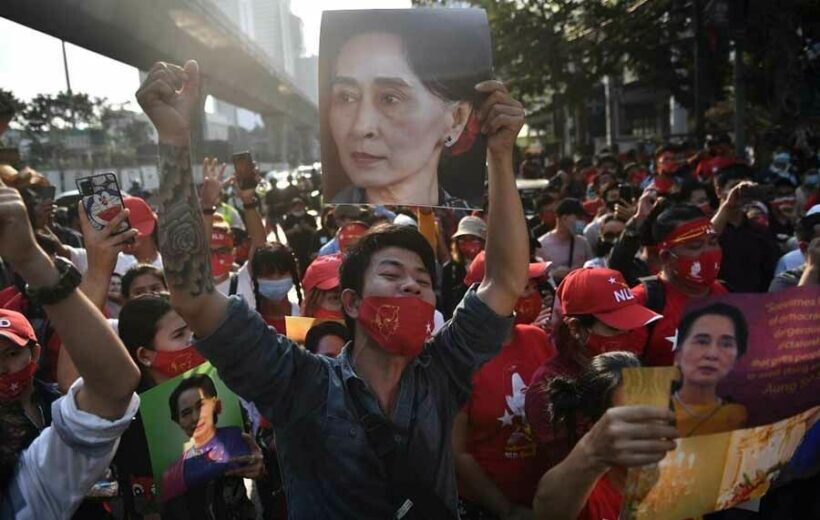 A court has rejected a police request to further detain 2 of the 3 activists arrested following a protest at the Burmese embassy in Bangkok on Monday. Thai and Burmese activists had gathered to protest the military coup in Myanmar and the detention of several government figures, including Aung San Suu Kyi.

Police arrested 3 suspects in total, who have been named in a Bangkok Post report as 19 year old Pannaphat Chantharangkun, 20 year old Kiattisak Phanrenu, and 21 year old Witchapat Sikasiphan. Suspects can only be held for up to 48 hours without a court order, so police had submitted a request to detain Pannaphat and Kiattisak until February 13. They have been accused of throwing weapons, including smoke grenades, at officers attempting to disperse the protests. Both have also been charged with illegal assembly, provoking unrest, and violating the emergency decree and the Disease Control Act. The third suspect, Witchapat, was arrested for using loudspeakers without permission.

The court questioned Pannaphat and Kiattisak via video conference before rejecting the police request to detain them for further questioning. Piya Tawichai from the Metropolitan Police Bureau says officers have evidence to prove Pannaphat and Kiattisak threw missiles at officers and are also compiling evidence against the leader of the We Volunteer group, Piyarat Chongthep, who it’s believed organised Monday’s protest.

The police say between 50 and 60 protesters gathered outside the Burmese embassy on Monday and when officers tried to disperse them, they were attacked with missiles that included smoke bombs, bricks, and rocks. 14 officers were injured, with bus stops, public parks and walls vandalised. Police say they are compiling further evidence to support the charges against those arrested and others.