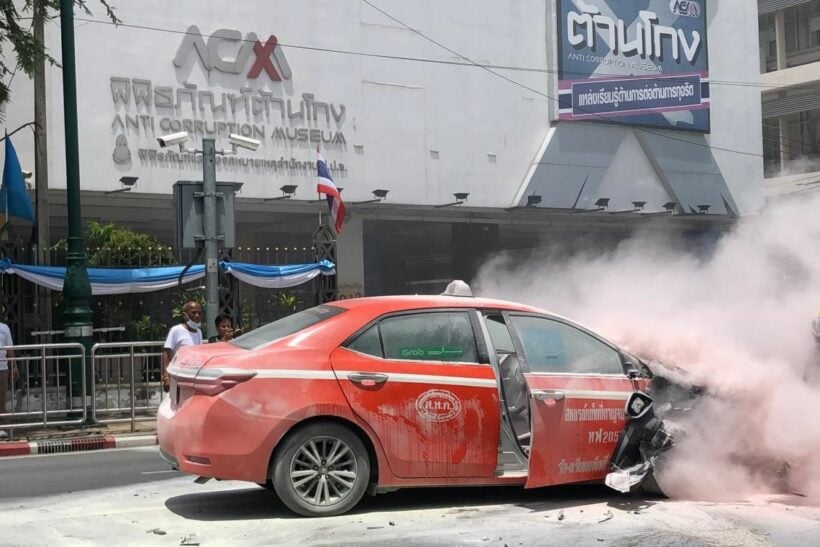 A collision yesterday between a taxi and a BMW on Bangkok’s Phitsanulok Road yesterday directly in front of the Anti-Corruption Museum resulted in a fire in the taxi’s engine compartment. Both drivers denied responsibilty. Security from the nearby museum rushed out with a fire extinguisher, and firemen later arrived to finish the job.

The taxi driver, “Weerasak”, said he was going straight and had no passenger at the time. The collision jammed his and he had to jump out the left side as the fire grew.

The BMW driver, 54 year old “Sakun”, a building contractor, said he was coming in the opposite direction and claimed the taxi veered into his lane forcing him to swerve to the left, though not in time to avoid a collision.

Sanook reports there was considerable chaos and shock in the area from passing motorists and police as the fire burned.

The Anti-Corruption Museum bills itself as:

“A leading national museum which functions as a learning centre dedicated to promoting knowledge for the prevention and oppression of corruption, and developing a virtuous and transparent society.”