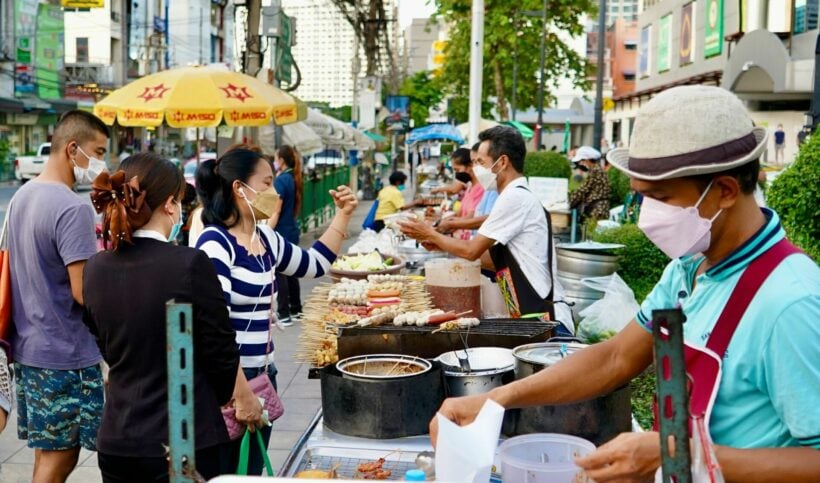 Photo by ThaimaaOpas via Unsplash

Chadchart Sittipunt yesterday met up with the National Food Institute to discuss the launch of a new Bangkok Safety Street Food project.

The Bangkok governor headed a meeting with the project’s committee at City Hall to discuss plans to improve the quality and safety of street food in the capital. Now that almost all home working has stopped and most people are back to the office Chadchart believes it is important safety standards are met for those buying food from the city’s street stalls and markets.

The 56 year old city chief revealed that Bangkok street food is divided into three categories: local or community markets, city markets where office workers buy food, and tourist markets. Chadchart reported that the project would focus on the city and tourist markets first and that markets in Sukhumvit and Si Lom areas would be first on the project’s list.

The city supremo emphasised that each area would have its committee and that they are responsible for the safety and cleanliness of each market and stall. If any markets or shops fail to meet those measures they will be ordered to stop operating.

The Director of the National Food Institution, Anong Phaijutprapaporn, added that Thailand is famous for street food, but there was a question about its cleanliness.

Anong added that the governor’s new project will raise confidence in consuming street food from both the Thai and foreign communities.

HiuMak
1 hour ago, Thaiger said:  Now that almost all home working has stopped and most people are back to the office Chadchart believes it is important safety standards are met for those buying food from the city’s street stalls and…