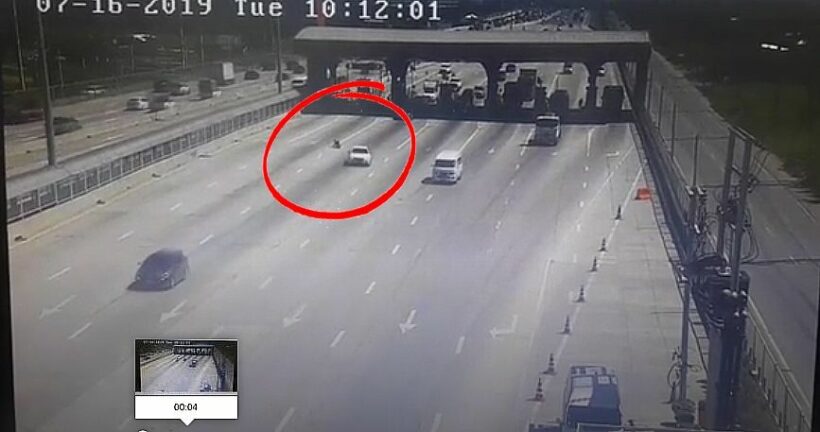 A policeman has ended up in hospital after being dragged along by a white BMW after trying to stop the car. CCTV footage from the Thanyaburi Toll booth on a Bangkok ring road shows the BMW driving away from the booth, with the policeman clinging on to the roof. The car veered to the left suddenly to ‘shake off’ the policeman who was trying to hang on as the BMW accelerated.

Pol Lt Jitkasem Jantharak, the man dragged along about 15 metres in the incident, suffered a broken left leg and broken right arm and was taken to the Nopparat Ratchathanee Hospital, according to Sanook.

His wife Ainada says they were returning to Bangkok from Pak Chong but there had been some interactions on the road between her husband’s car and the BMW.

She told Sanook that the other driver had failed to stop despite her husband tooting his horn trying to get the driver to pull over. At the toll booth the policeman knocked on the door of the BMW trying to speak to the driver. But the BMW driver continued on, dragging him about 15 metres.

The BMW driver has not contacted police at this stage. Lam Lukka police are investigating in incident and will be able to identify the BMW’s number plate from cameras at the toll booth. 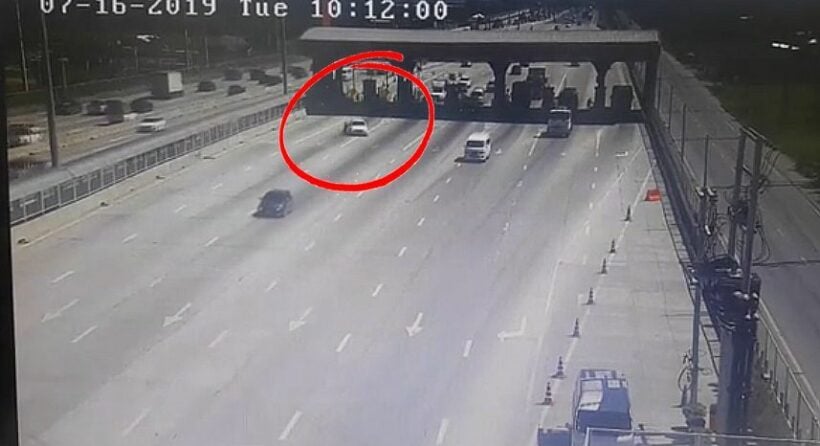 One body recovered, search continues for another after collapse of pavilion in Samut Songkhram