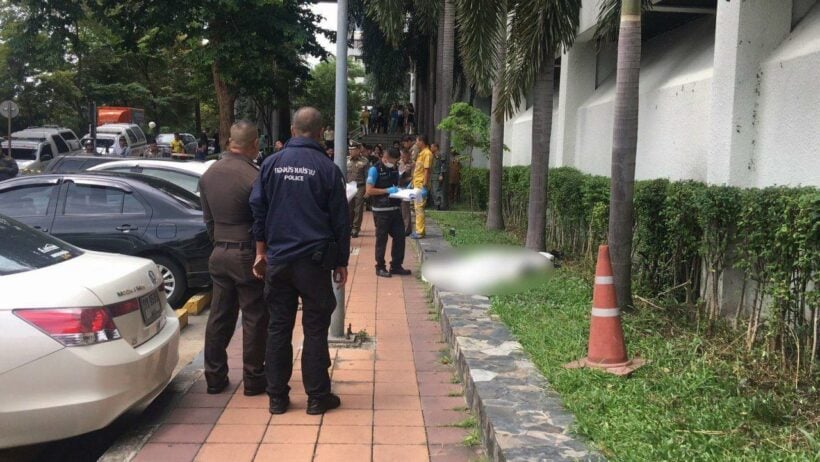 A tragic story from the Bangkok Criminal Court today where it’s emerged that a man has jumped to his death after witnessing the acquittal of the suspect in his son’s murder. The man jumped from the sixth floor of the court building at 10am.

Supachai Kanlahasunthorn came to the court at 9am to hear the verdict in the trial of a man accused of stabbing his son to death in April 2016. Supachai broke down in tears after the judge read the verdict acquitting the defendant at 10am.

Leaving the courtroom, he climbed through a hall window onto a terrace, over a wall, and then jumped to his death in the car park of court officials.

In the case, Supachai’s son was stabbed to death on the night of April 15, 2016 on Prachasongkroh road in Bangkok’s Din Daeng district. The court ruled that evidence and testimony from defence witnesses undermined the charges, while the prosecution lacked strong evidence.

After Supachai jumped, his sister-in-law rushed downstairs to see the body.

She broke into tears and had to be helped by officials into the court building to calm down. She claimed that her nephew did not receive justice, prompting her brother-in-law to commit suicide.

She said the murder incident should have been recorded on security cameras, but the owners claimed the cameras had broken down.