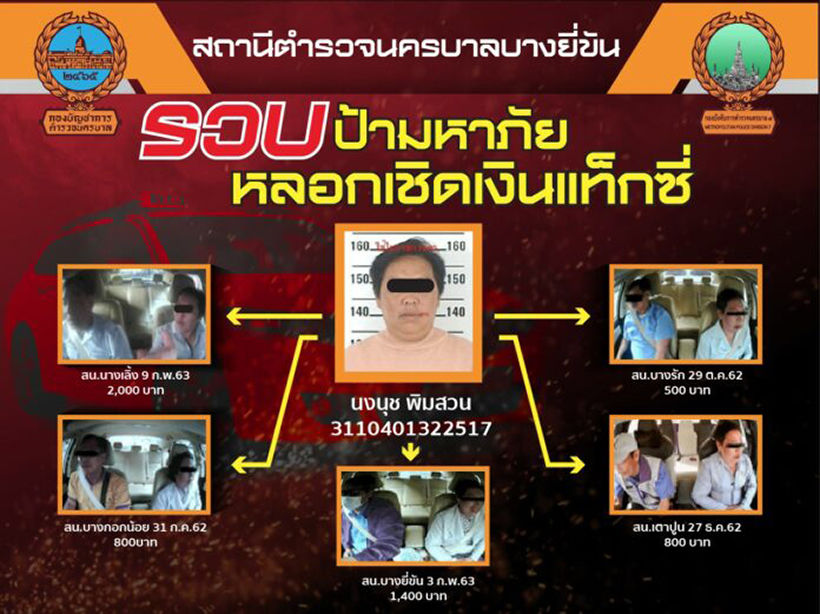 PHOTO: Dashcam photos of "Auntie Nongnuch" from the taxis she robbed - Khaosod

An “auntie” in Bangkok has finally been arrested after stealing money from numerous taxi drivers. Police arrested 55 year old Nongnuch Pimsuan of Kanchanaburi province at around 5pm yesterday. The suspect had an arrest warrant in her name from the Taling Chan Court.

Police were notified as early as February 4 that a passenger had stolen 1,400 baht from a taxi driver near a mall in Bangkok’s Pinklao district. Investigators gathered information from the victim and other sources including a Facebook page called Smart Taxi. It appeared it wasn’t the first time “Auntie Nongnuch” had stolen money from taxi drivers; she has a history in Bang Rak and at least three other districts.

The latest case took place on February 9 when she stole from a driver in Nang Loeng, Bangkok. Nongnuch told the cabbie she didn’t have any cash on her and needed to use an ATM. She asked to borrow the driver’s money and promised to return it with her taxi fee. She went inside a mall and never returned. 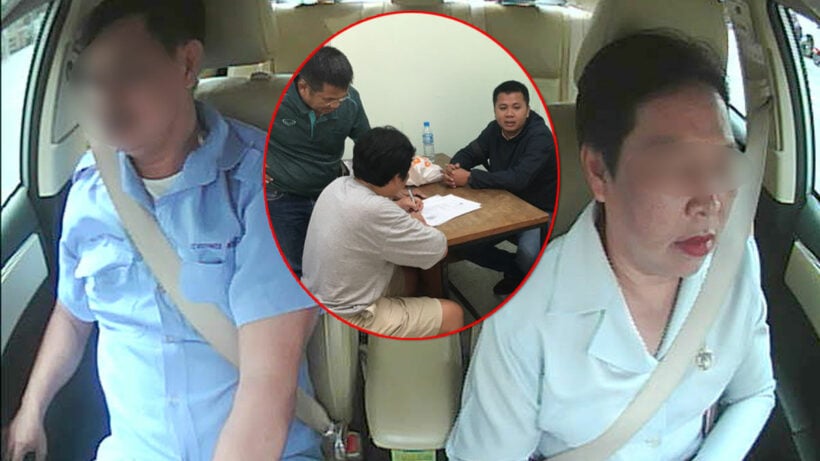 Officers of the Bang Yi Kun Police Station received orders to take immediate action as the suspect tended to change districts after each crime to avoid being recognised or identified. Police learned her identity and arrested her at her home. Auntie Nongnuch admitted to the thefts, saying it was “her way of making money.”