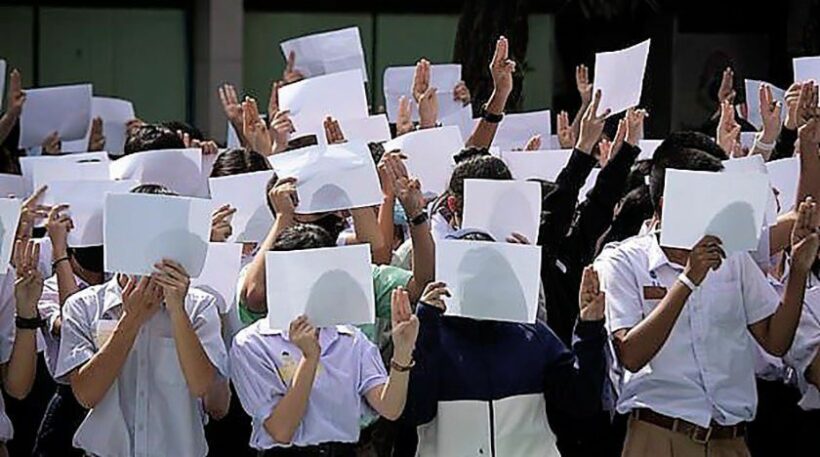 After reports of a kindergarten teacher allegedly abusing and mistreating students, a group of Bangkok high school students known as “Bad Students” will rally in front of the Ministry of Education office tomorrow, calling on the Education Minister to step up.

A teacher at the Sarasas Witaed Ratchaphruek School in Nonthaburi, a suburb in Bangkok, was caught on classroom surveillance camera video pushing a kindergarten student to the floor, dragging another across the classroom and hitting others. That teacher was fired and faces charges of physical assault and violating the Child Protection Act.

The Bad Students say Education Minister Nuttapol Teepuwan did nothing to solve the problems of alleged abuse at the school. The same group of students rallied in front of the office last month, calling on the minister to allow free expression of political views at the schools.

The student activists are planning to rally around 5pm. They plan to have trucks stop by various schools on the way. It’s unclear how many students will turn up, but a Thai actress posted on Twitter that she will bring food and 700 bottles of water to support the protesters.