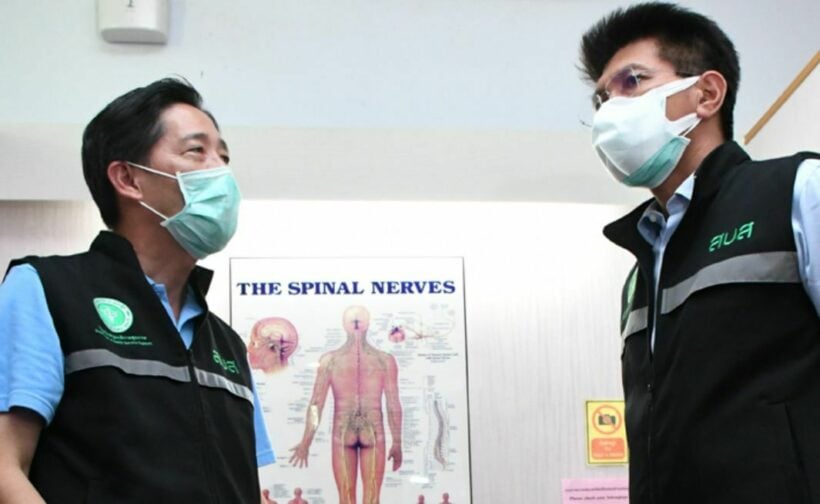 PHOTO: Clinics were raided for unlicensed doctors. (via INN News)

In Bangkok, 3 health clinics were raided by the Consumer Protection Division Police who found unregistered South Korean doctors working there. The raids took place in Chitlom and Sri Nakharin in Bangkok, and Muang Thong Thani housing estate in neighbouring Nonthaburi and were carried out under the coordination of Ministry of Public Health Ministerial Aide Sathit Pitudecha.

Without licenses issued in Thailand, practising medicine in the country is illegal, and the deputy minister reported that people complained after paying thousands up to hundreds of thousands of baht to these foreign doctors that they believed were not operating legally.

The penalty for practising medicine without the right registration and licensing is up to 3 years in prison and/or fines of up to 30,000 baht under regulations created in 1999. Additional charges were reported to be pending for the doctors related to the incident that could face additional jail terms of 2 to 3 years each.

Additionally, the clinics themselves were found not to have proper paperwork and licenses and, as a result, the owners of the clinics were charged with violating the Hospital Act by allowing people to practice in the clinics without proper documentation and permission, a charge which can bring up to 40,000 baht in fines and up to 2 years in jail.

gummy
Wonder if they went by the names of Sam, Sung and Galaxy ?