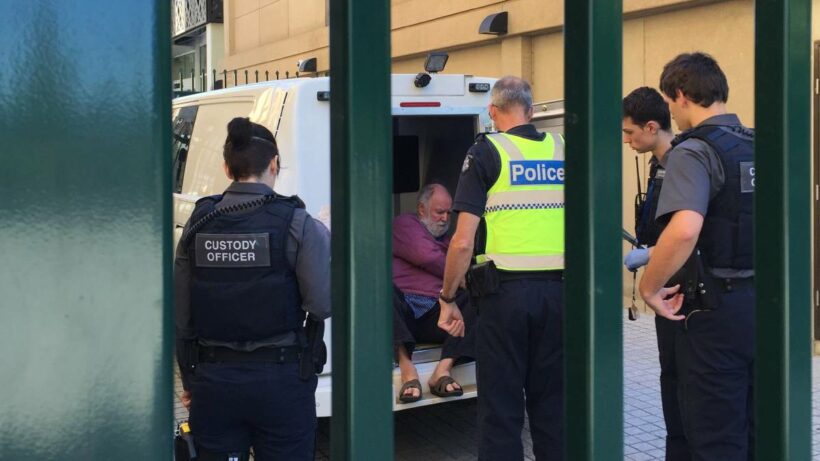 A HIV positive Australian man repeatedly called a woman in Thailand begging to have sex with her two year old granddaughter, a court has heard.

Pig farmer, 69 year old Howard John Hawke from Kangaroo Flat in Victoria, was arrested in 2017 after police intercepted phone calls of him talking about “extremely depraved sexual activity” with the child after he had spent time in Thailand.

During the phone calls, Hawke told the “impoverished” woman in Thailand to whip the toddler because he “likes to see young ones hurt”.

Hawke had also made a violent sexually explicit video of the Thai woman’s 16 year old daughter, who is also the mother of the two year old.

In the video, the County Court of Victoria heard how the 16 year could be seen screaming after being whipped, while here wrists were bound and she was wearing a dog collar, news.com.au reported.

The court also heard how Hawke had sold his pig farm for a million dollars in 2006 in order to fund his retirement. However, he blew the money on extensive trips to Southeast Asia where he became involved “in the extremely sexualised environment” of Thailand.

In his defence, Hawke said he did not plan to have sex with the toddler and that the phone calls were him acting out a “fantasy” and that he was “just a bit of pervert”.

“He talks about extremely depraved sexual activity,” she said.

“He talks about the baby being held down by her own mother and grandmother.

“This behaviour was premeditated. He wanted to go overseas with the intention of procuring babies.”

During his arrest, Hawke was also found with 32 pornographic images and 7 videos of children.

Hawke is due to be sentenced on Thursday.