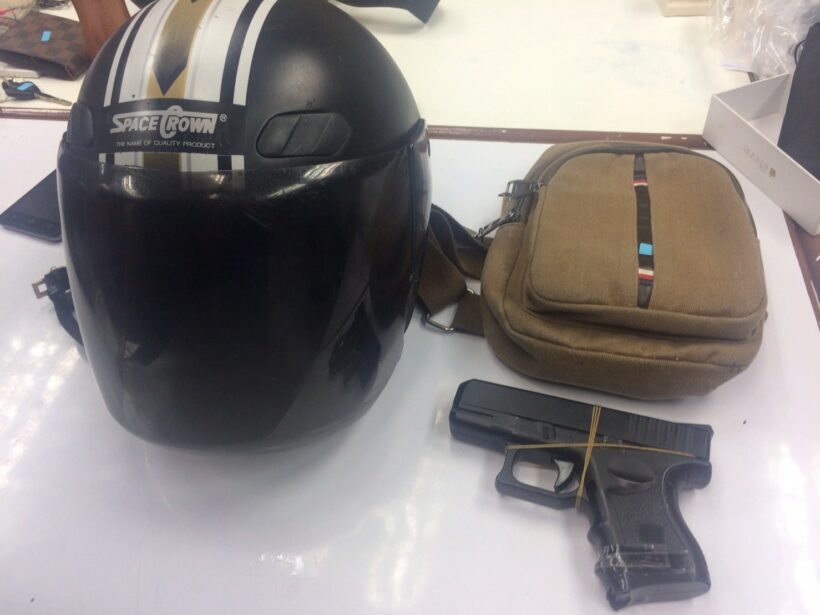 “We initially got a report by 19 years old Siriporn Nadua on the same day that she was robbed while riding her motorbike nearby the Muang Phuket District Office intersection. She explained that the robber was a man riding on a motorbike and pulled out something that looked like a gun and threatened her to give him her DTAC mobile phone and forced her to an ATM machine to withdraw 500 Baht in cash before he fled,” said Pol Lt Col Naruebodin Pangleesen,Police Inspector of Phuket Police Station.

After getting the report, police checked the CCTV camera around the area and found that the same man also robbed locals and foreigners in Kathu. Thanks to the clear CCTV footage, police found that the robber lived in a rented room in Soi Honhyok-Utit.

The 17 years old confessed that he had robbed people in Phuket town and Kathu area 4-5 times after taking Alprazolam (Xanax).

“We also found two packs of dry marijuana of 2.15 and 3.14 grams, 110 pills of Alprazolam and a 450 cc bottle of boiled Kratom leaves alongside a bamboo bong. At the scene we also arrested his 20 year old friend, Suradit Luksanathanyathon for possessing drugs.”

The robber told the police that the valuables he robbed earlier were sold and he’d spent the money already. 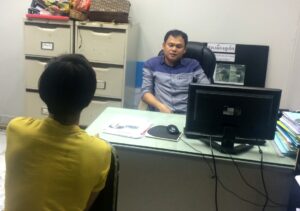 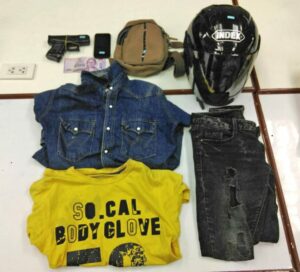