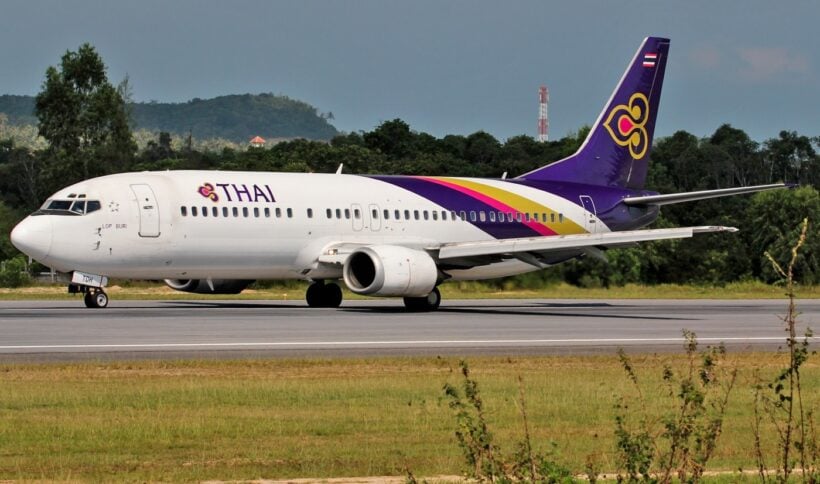 Thai Airways is scrapping its Bangkok-Samui flights from September this year. The airline’s been flying Bangkok to Samui, return, twice a day in a Boeing 737 carrying up to 149 passengers.

It negotiated a contract with Bangkok Airways to fly the two flights into Koh Samui, which built and manages the island’s airport since 2008.

At the time, the national airline said it would be convenient for travellers flying though Bangkok on Thai Airways to to transfer to a TG flight to the island, booking through the one airline.

It was also considered a breakthrough at the time ending a monopoly on the Bangkok-Samui flight sector. Bangkok Airways dominates the route offering around 19 flights daily each way.

Thai Airways are justifying cancelling the service this September following the signing of a codeshare agreement with Bangkok Airways last year. The airline can ticket its European or Asian passengers through to Samui using any of the Bangkok Airways daily flights at agreed fares that are competitive for TG to resell.

The monopoly for Bangkok Airways means that flights cost up to more than double for similar distance routes around the region.

Samui Island’s airport was developed as the first privately owned airport, but faced constant criticism from hoteliers on the island who claimed Bangkok Airways made it difficult for competitors to serve the island.

At one point the government threatened to build a second airport on the island, but land appropriation costs were too high. However, the tactic did result in THAI gaining landing rights for two flights daily.