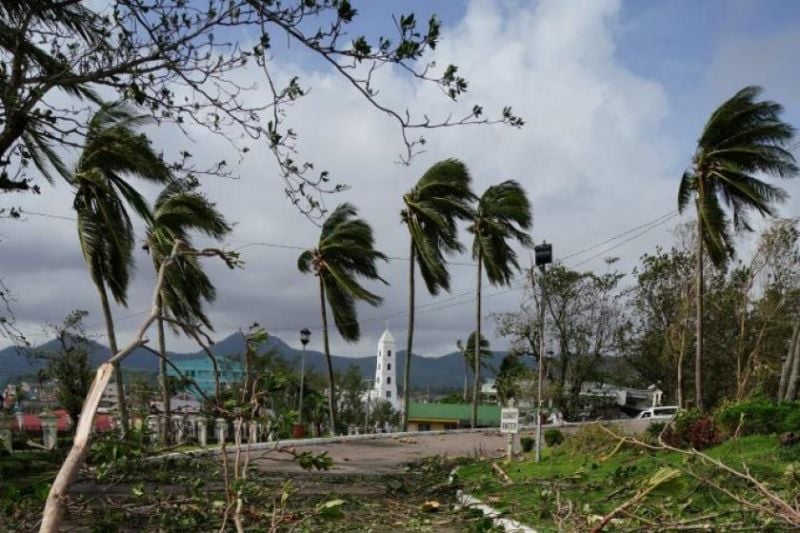 PHOTO: Winds increase as the storm heads out of the Pacific towards Philippines - Yahoo.com

The Philippines is bracing for the arrival of Typhoon Vongfong. During Tuesday and Wednesday, Vongfong strengthened from a modest tropical storm with winds of 95 kph to the equivalent of a major typhoon. Maximum sustained winds are now up to 195 kph and the typhoon continues to strengthen as it approaches the Philippines’ coast.

The only difference between a ‘hurricane’ and a ‘typhoon’ is the location where the storm occurs. In the North Atlantic, central North Pacific, and eastern North Pacific, the term hurricane is used. In the Northwest Pacific and West Pacific, it is called a ‘typhoon’. In the southern hemisphere the same weather systems rotate in the opposite direction and are called ‘cyclones’.

This is the first named storm of the annual typhoon season in the West Pacific region.

It was just another tropical depression until Tuesday, and now Typhoon Vongfong will hammer the Philippines’ eastern islands and coastlines with the equivalent of a category 3 or 4 storm. 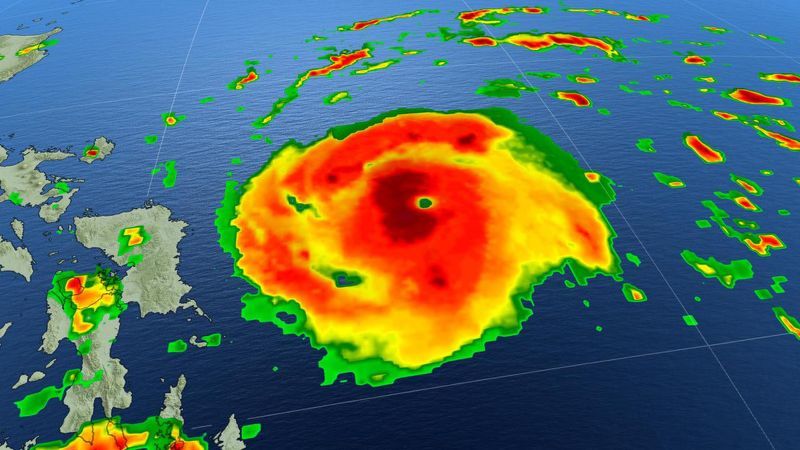 Weather models had difficulty forecasting the intensity of Vongfong, in part because of the small size of the weather system. So its intensity will be high but the major damage confined to a smaller footprint. The strong typhoon strength winds are only expected to extend about 25 kilometres from the centre.

While the damaging winds will only occur right in the immediate track of the typhoon, heavy rains will have a more widespread impact across eastern sections of the Philippines.

Rainfall of 100 to 250 mm will impact vast areas of the Visayas and Bicol Regions through northern Luzon. Vongfong will pass just offshore of Samar province today before making its first landfall in the Bicol region, north of Legazpi tonight or early Friday, Philippines time. After hitting the Bicol region, the storm will continue into northeastern Luzon on Friday evening whilst retaining most of its strength.

The Philippines are located in a prime breeding ground of the tropical west Pacific. In an average year the area is hit by eight to nine storms. 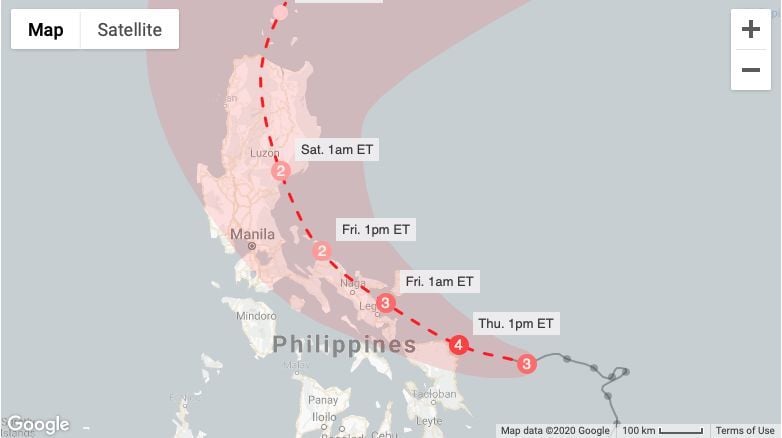